The Mycroft Mark II is a smart display with a 4.3 inch screen, stereo 5 watt speakers, dual microphones with noise cancellation features and a 5MP camera for video calls. It supports WiFi, Bluetooth, and Ethernet connections, and responds to voice and touch input.

But unlike most other smart speakers and displays, the Mycroft Mark II is a privacy-first device that works without an internet connection, keeps your personal data private, and runs on open source software. 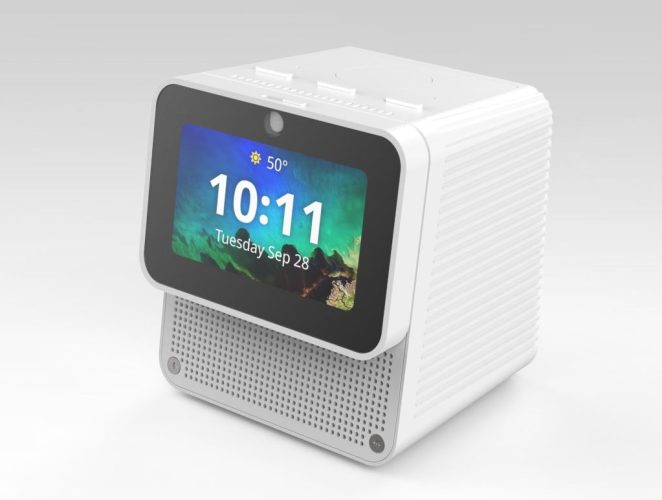 Mycroft launched a crowdfunding campaign for the Mark II in early 2018 and promised to ship the device by the end of that year. That didn’t happen. But after five years, Mycroft finally began shipping devices to backers last month, and new customers can now place an order for a unit with an estimated ship date of January, 2023.

The Mark II is selling for $349 for folks who order between now and November 30th. At that point the price will go up to $499.

That makes the Mycroft Mark II substantially more expensive than devices with similar functionality like Amazon’s Echo Show or Google’s Nest Hub products. But unlike those devices, the Mark II doesn’t share your data with Amazon or Google.

Devices that use Google Assistant or Amazon Alexa voice services can be sold cheap partly because large companies can produce enough hardware to keep costs down. But those companies also make a lot of their money by selling targeted ads or encouraging you to buy things through your speaker.

The Mark II doesn’t do either of those things. Mycroft says its open source voice-assistant software doesn’t collect any user data unless users opt-in, and there’s no effort to use your personal information to build user profiles or serve targeted ads.

While Mycroft can use a wired or wireless internet connection to pull in news and weather information, answer questions, or stream music, many functions also work without an internet connection. So if you just want to control smart home gadgets, set alarms or timers, use a clock, or play music from a local media server or USB flash drive, the Mark II will let you do those things.

There’s a privacy shutter over the camera and a switch that allows you to physically disconnect the microphones when you’re not using them. 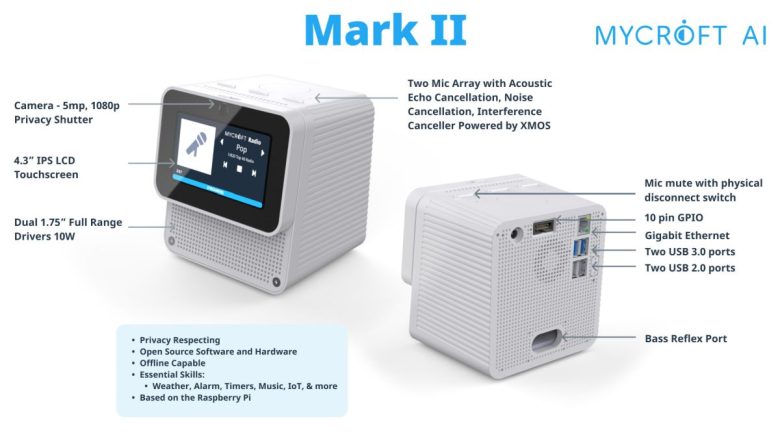