Mobile World Congress is typically one of the biggest trade shows of the year for smartphone makers and wireless carriers. But this year the show has been cancelled, just a few weeks before it was set to begin.

The GSMA, which organizes the annual show, has made a last-minute decision to take a year off.

The news comes after many of the world’s largest tech companies had already decided not to participate due to the coronavirus outbreak that began in China in December. 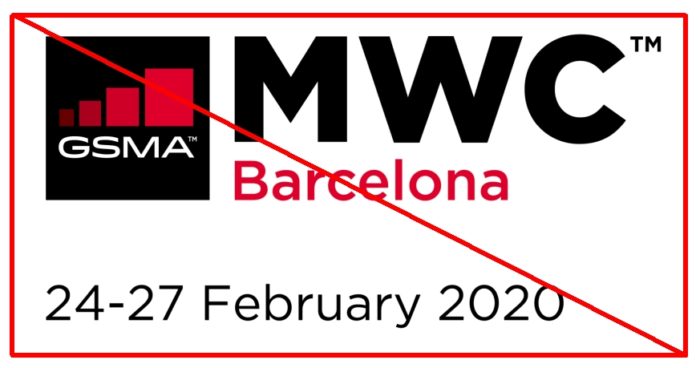 While the GSMA had announced precautions to help prevent the spread of the virus, many of the companies who decided to skip this year’s event or scale back their presence said they were wary of sending employees to the show where more than 100-thousand people from around the world gather (and shake hands, and spread germs).

By the time the GSMA had decided to shut things down, the following companies had already announced they wouldn’t be there:

And the list seemed to be growing by the day. It would have been hard for MWC to continue without any major exhibitors.

But the relatively late cancellation is still likely to have ripple effects. Many companies and news organizations had doubtless already spent a lot of time and money making plans to travel to Barcelona, deliver presentations, set up booths, and attend meetings and panels.

Some of those things will likely still happen in other ways — those of us in the tech press will likely still be flooded with press releases about new products and services that had been scheduled to launch in late February to coincide with the show. But I hope folks who had already bought tickets and made hotel reservations paid for travel insurance.

But while this is the latest example of the impact the Coronavirus is having on the global economy, it’s important to keep in mind that the impact on public health could be even greater if it continues to spread. So far more than 1,100 people have already died after contracting the virus.

One reply on “MWC 2020 is cancelled due to coronavirus outbreak”