After building a DIY handheld computer based on a Raspberry Pi last year, developer rahmanshaber is back with version 2.

The new MutantC v2 is still a handheld computer with a slide-out keyboard (or rather, a slide-up display) that resembles a T-Mobile Sidekick phone or Sony Vaio UX computer. But it’s an upgrade over the original in some key ways.

The most important one? The MutantC v2 is battery powered, which makes it a truly mobile computer.

You can find a list of parts, design files, and instructions for building the handheld computer at the MutantC project page. Or if you’d rather just see it in action, you can check out some recent videos posted by the developer. 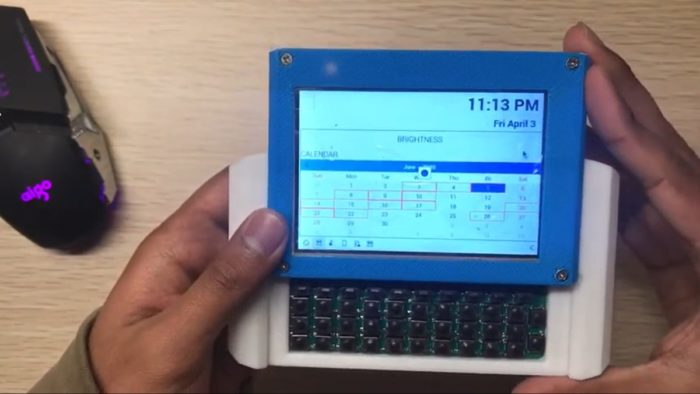 In a nutshell, this mobile computer is designed to add a QWERTY keyboard, a touchscreen display, and a battery to a Raspberry Pi or similar single-board computer.

The version featured in the videos is a Raspberry Pi 3 Model B with a 3.5 inch display, but you could also adapt the design to use a smaller or larger display or another SBC like a Raspberry Pi 4 or Raspberry Pi Zero W.

And unlike the original MutantC, which needed an external battery pack, the new model is powered by a single rechargeable battery, which provides around 2 hours of battery life on a charge. 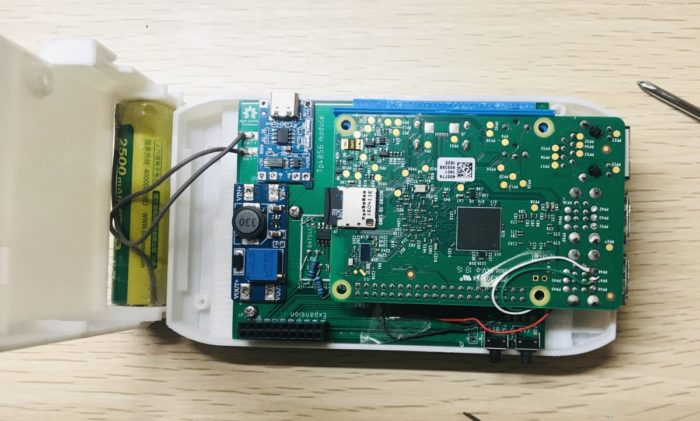 The 3D printed case includes cut-outs for all of the Raspberry Pi’s ports, so you have HDMI, USB-C, Ethernet, and 4 x USB Type-A ports. But there’s also a 52-key thumb keyboard that you can use by sliding up the display when you want to type.

Rahmanshaber also put two shoulder buttons on top of the device, which can be used for navigating some aspects of the Linux-based operating system’s user interface without lifting your hands from the device to touch the display.

And under the hood there are expansion ports that you could use to add expansion boards for additional features such as GPS (although that would probably shorten the computer’s battery life).

There are also LED lights above the display for power and notifications.

Since the design is open source, you can buy and 3D print your own parts and assemble your own version of the MutantC v2, or adapt the design for your needs.