In the dark days (or good old days) before the advent of the smartphone, there was the T-Mobile Sidekick (also known as the Danger Hiptop). It was a phone with a screen that you could slide up to reveal a QWERTY keyboard that you could use for typing text messages.

The days of the Sidekick may be gone (and for the most part so are mainstream smartphones with physical keyboards), but one hardware hacker is keeping the dream alive with a DIY project called mutantC. 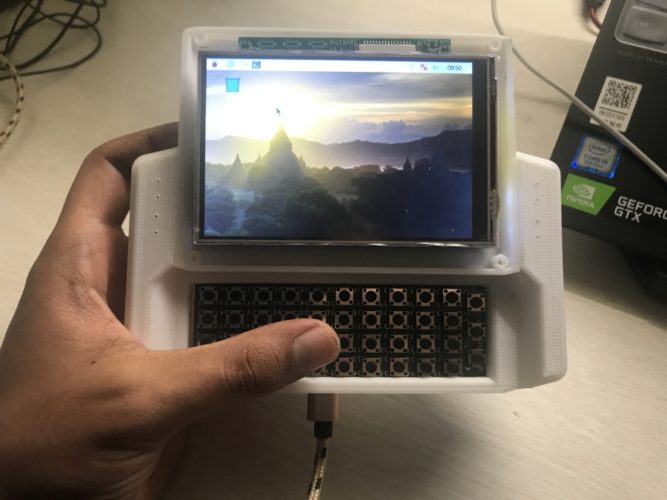 In a nutshell, it’s a handheld computer situated in a 3D-printed case with a QWERTY keyboard and a slide-out screen that covers the keys when you’re not using them.

The design files are posted online, along with instructions for assembling your own. And developer rahmanshaber wants the platform to be open enough to support add-ons such as GPS, cellular radios, or other components.

While the initial design is based on a Raspberry Pi, you could theoretically adapt the layout to accommodate other single-board computers with a similar size and form factor such as the Asus Tinker Board S or devices from Pine64 or Banana Pi. But rahmanshaber does advise against using a Raspberry Pi 4 due to heat concerns.

Another limitation? Right now the mutantC doesn’t have a battery compartment, which severely limits its utility, but rahmanshaber plans to add a battery in the future.

Until then, one solution may be to carry around a USB power bank. It’s awkward, but at least it would make the mutantC mobile.