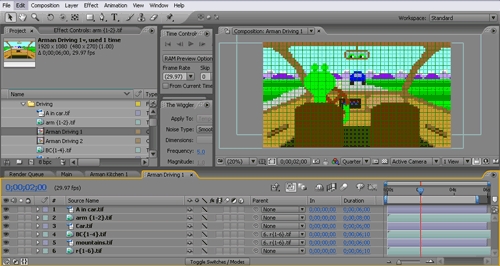 There are a few things that set netbooks apart from traditional laptops. They’re smaller, cheaper, and generally have less processing power than most modern computers. But while the conventional wisdom is that you wouldn’t want to run CPU-intensive applications like Photoshop on a netbook, the truth is that you really can.

Musician Arman Bohn has been using a Lenovo IdeaPad S10 since last year. And he used the 10 inch netbook with a 1.6GHz Intel Atom processor to create a significant portion of his animated music video for the song “No Escape!”

Arman tells me he drew the backgrounds on a netbook in Photoshop and then added them to After Effects for animation. He did much of this work while sitting in cafes. The final rendering as done on a more powerful desktop PC with a 24 inch monitor that could actually display the video at its ful 1920 x 1080 resolution.

No Escape! – from the album “Bits” by Arman Bohn from Distropolis on Vimeo.