The code for Android 4.1 Jelly Bean contains some hidden surprises that aren’t normally accessible to users. One of which is multiple user support. This would allow a person to share one tablet (or smartphone) with other people in a household with each person having their own apps, background, widgets and accounts, just as with computers. 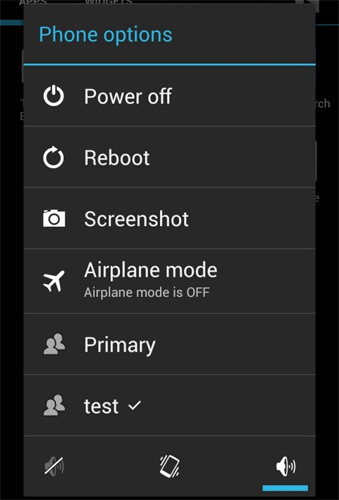 But, as I said, the feature isn’t accessible for most users. If you’re willing to root your device and install a custom ROM, you might be able to find one with multi-user support soon.

A member of XDA Developers figured out a way to add a second user in Jelly Bean and the process has been tested on the Galaxy S III and the Transformer TF101. The drawback is that the second user accounts can’t do that much and information leaks in from the primary account.

Also, in order to switch accounts you have to turn the device off all the way, which isn’t super convenient.

These are all problems that might get resolved soon and users will be able to try out the multi-user experience on Android. Since this function is in the official code, not added, perhaps Google will reveal what they intended to do with that function sometime soon.