Google Android has long supported multi-tasking. On most phones and tablets that just means an app can run in the background while you’re using another in the foreground (for instance you can listen to music while you surf the web).

A few software makers have added support for mini-apps that can run in small windows on top of other apps. But it looks like Chinese tablet maker Chuwi plans to bring support for running any app in a small window — much the way you can do on a Windows or OS X computer.

As Mike Cane points out, it’s likely that this feature doesn’t come from Chuwi itself, but rather from the folks at chip maker Rockchip. That means we could see support for running apps in windows on many more tablets, phones, and TV boxes soon. 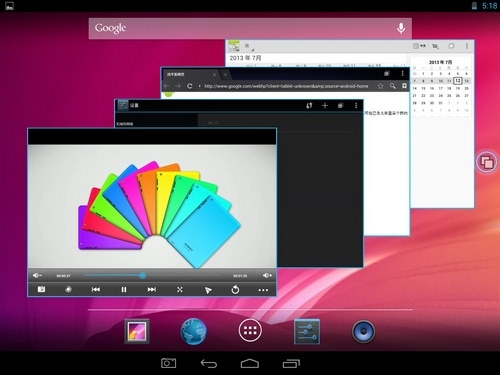 Rockchip was showing off an early version of this technology at CES in January. The company showed me a tablet prototype with an RK3188 quad-core processor and demonstrated how you could play a video, shrink the video window and move it anywhere on the screen so that you could keep watching while using a different app.

But that demo seems pretty primitive compared with what Chuwi is showing off now. A series of screenshots show apps including the Android calendar, web browser, media player, calculator, and clock running in windows. These windows can be moved anywhere on the screen or resized to take up more or less space. 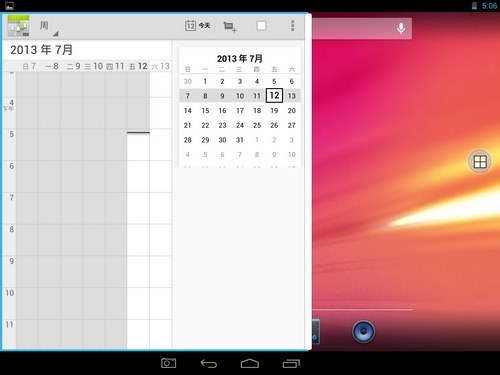 Overall it makes Android look a lot more like a desktop operating system such as Windows 8, OS X, or Ubuntu.

Since Android is open source software, there’s nothing stopping a company like Rockchip from modifying it to add support for this type of feature. What remains to be seen is whether problems will arise from running apps in a way that Google and app developers may not have intended.

When the folks behind CyanogenMod started working to use the Cornerstone framework to add support for windowed apps to their custom version of Android, they met resistance from Google and eventually scrapped the project.

That’s not to say that it’s impossible to bring support for multi-window apps to Android in a way that doesn’t get on Google’s bad side. But it’s also not clear if the folks at Rockchip really care.

There are plenty of companies that take Google’s code, modify it, and release something that hardly looks like Android at all, even if it means losing access to Google apps that aren’t open source, such as the Play Store and Google Maps. For instance the Amazon Kindle Fire line of tablets run heavily modified versions of Android, and both Ubuntu Phone OS and Firefox OS use some Android code.

Anyway, support for running apps in windows could be a way for companies selling device with Rockchip processors to differentiate themselves. While the feature could come in handy on tablets, it could be something of a game-changer on Android TV boxes which are sort of like tiny Android desktop computers that let you run apps on a big screen.

Support for running those apps in windows really could make some of these devices feel more like cheap desktop PC replacements.

It looks like the new feature could be available for devices with Rockchip’s RK3188 ARM Cortex-A9 quad-core processor and RK3168 ARM Cortex-A9 dual-core CPU.