Most Windows PCs with hard drives come with at least 500GB of storage. But if you want the advantages of a solid state drive (including speed, durability, and smaller size), you’ll also pay a higher price per gigabyte, which is why a lot of laptops come with just 128GB or 256GB of solid state storage.

And then there are entry-level computers with eMMC flash storage. Some have as little as 32GB. That’s enough space for the Windows 10 operating system and a few applications. But it doesn’t leave a lot of room for photos, videos, or other data.

How much storage you need probably depends on what you use a computer for. But one thing seems certain: you’re not going to be playing the upcoming Windows edition of Final Fantasy XV on a computer with entry-level hardware. According to recently-release specifications, this game alone requires between 100GB and 155GB of storage space. 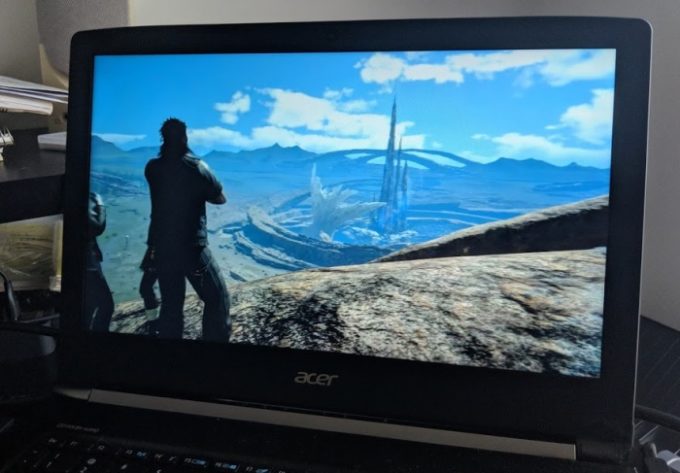 To be fair, you only need 155GB if you plan to play at 4K HDR resolution. You’ll also need an NVIDIA GeForce FTX Ti or equivalent graphics card and at least 16GB of RAM, so it’s not like it’s just the limited storage that’s holding you back from playing this game on a $200 (or less) Lenovo IdeaPad 120S laptop.

The point is that as 4K displays become more common, the size of games and other apps with visually detailed graphics are likely to grow in size… but Final Fantasy XV may be a bit of an extreme example, as even the non-4K version is one of the larger games in the world.

Don’t plan to play these sorts of games? No problem. Plenty of Chromebooks ship with as little as 16GB of storage, which is plenty if the main thing you use a computer for is surfing the web and running web apps.

But I have noted that nearly any time I write about a computer with 32GB of storage, no matter how small and cheap, someone will eventually complain it doesn’t even have enough storage to download and install Windows updates (which is typically only true these days if you’re using most of the available free space).

So I’m wondering. How much disk space is enough for you? And how little is too little?

I understand that this will vary widely from person to person, so while I’m including a few options in this poll, feel free to weigh in with more details in the comments.