Smartwatches are all the rage these days… at least with device makers. It’s too early to say whether they’ll be a big hit with shoppers. But not all smartwatches are created equal.

Some are designed to pair with your phone and display notifications on your wrist. Others can be used as standalone devices that make phone calls. Some have a few days of battery life. Others have weeks. And some have screens that are always on while others only spring to life when you press a button.

One thing they all have in common is that smartwatches tend to cost more than old school watches, with prices running anywhere from $100 to $300.

I’ve been wondering — with prices like that… who exactly do these devices appeal to? 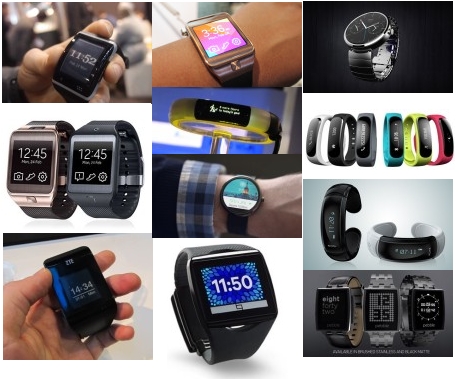 Samsung has been leading the way with high-priced smartwatches. The company’s original Galaxy Gear sold for about $300 at launch, and it looks like the Gear 2 will be similarly priced.

While Pebble sells it’s original smartwatch for half that price, a Pebble Steel runs $229 or more. And a Qualcomm Toq sells for $250… after a recent price cut.

There are cheaper alternatives. You can snag a Galaxy Gear clone for around $112. And Chinese reseller marketplace AliExpress is choc full of smartwatches of mixed quality with prices running around $50 to $300.

Now that Google has unveiled its Android Wear platform and LG and Motorola have promised to deliver smartwatches in the coming months, we’re likely to see even more wearable devices in 2014. Rumors of an Apple iWatch have also been making the rounds for years.

While pricing hasn’t been announced on those upcoming devices, I’d be surprised if they cost less than $150 and wouldn’t be surprised at all if they’re priced closer to $250.

And that seems like a lot of money to spend on a device that’s designed first and foremost as a smartphone companion that saves you the 2 seconds it’d take to pull your phone out of your pocket.

So I kind of wonder… assuming it had all the features you could ever want, how much would you be willing to spend on a smartwatch?

24 replies on “How much would you pay for a smartwatch?”