The Apple Watch won’t ship until early 2015, but when it does arrive Apple’s first smartwatch won’t exactly be cheap. Prices will start at $349 for a basic model, but Apple will offer models with a range of materials and wrist straps. Something tells me the 18K gold model will cost a bit more than the stainless steel model.

And that’s got me thinking it’s time to revisit a question we asked earlier this year… how much money would you pay for a smartwatch? 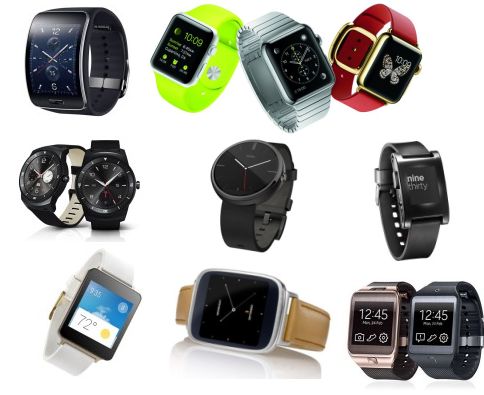 You don’t need to wait until 2015 to find a rather pricey smartwatch. The Motorola Moto 360 sells for $249, but a model with a metal strap will be available soon for $299.

The Samsung Gear 2 smartwatch also sells for $299, which suggests that the upcoming Gear S (which has a larger screen and a cellular radio) will cost even more.

At the same time, there are a number of cheaper smartwatches already available — although some lack features you’ll find on high-end devices such as heart rate sensors, NFC, or cameras. Some of the cheaper models are also… less attractive, to put it mildly.

The smartwatch space is still pretty young and it almost feels silly to put a Pebble watch with an E Ink display and a custom operating system into the same category as the LG G Watch R with Android Wear or the Apple Watch. But each of these devices are basically wrist computers that can display the time and show notifications from your phone, run third-party apps and do much more.

Not everyone needs a smartwatch. I stopped wearing a watch years before I bought my first cellphone and don’t really see myself spending hundreds of dollars for a device that hangs out on my wrist to save me the few seconds it takes to pull a phone out of my pocket.

But some folks spend hundreds of dollars on wristwatches that don’t display notifications from their phones (and which probably don’t need to be recharged every day). If you’re in that camp, $349 or more might seem like a fair price to pay for the right watch.

So where do you fall?

19 replies on “How much would you pay for a smartwatch?”