The MTB025 is a little device that looks like a USB flash drive, but instead of a USB port it has an HDMI port on one end. Plug it into your TV or monitor and you can use it to run Android apps on a big screen.

At first glance, the MTB025 looks like virtually every other Android TV Stick we’ve seen in recent months. But it’s got a few unique features: It’s one of the first to feature a VIA WM8850 processor, and it sells for just $40. 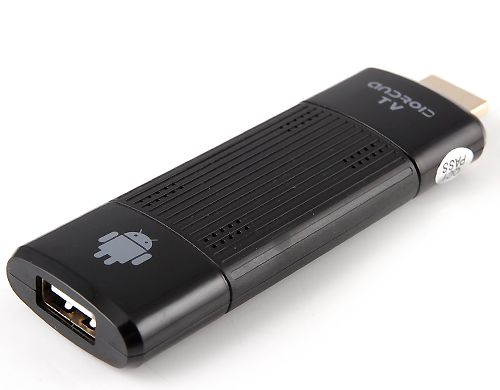 While the low price is nice, the WM8850 processor is a bit underwhelming. It’s a 1.2 GHz ARM Cortex-A8 processor with ARM Mali-400 graphics.

Add that to the 512MB of memory and 4GB of storage, and it’s not surprising that the MTB025 is one of the cheapest Android sticks around.

That said, it supports 1080p HD video output, features 802.11n WiFi, and has a microSD card slot for extra storage. It should be at least fast enough to play casual Android games or stream internet video to your TV — if it maintains a strong WiFi signal.

You can pick up the MTB025 from PandaWill for $40. Or you could get an MK802 mini PC with an Allwinner A10 processor for a few bucks less.