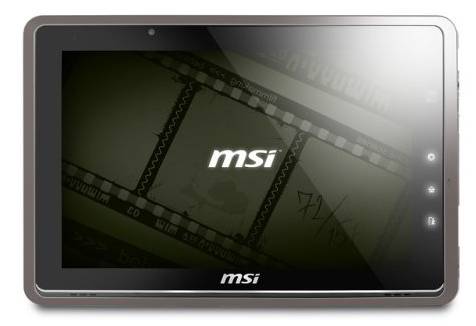 MSI has started taking pre-orders for the WindPad 110w tablet. It won’t ship until August 1st, but if you’ve had your eye on this 10 inch Windows tablet with an AMD processor you can order starting today from a number of retailers.

The tablet has an AMD Z-01 processor, which is a 1 GHz dual core chip with Radeon HD 6250 graphics and a TDP of 5.9 watts. It should have better graphics performance than similar tablets with Intel Atom chips while offering similar battery life. The WindPad 110w will be one of the first devices to ship with this new chip.

While the $599 tablet is a little more expensive than a base model iPad or Android tablet, you get a heck of a lot of bang for your buck with 32GB of storage, 4GB of RAM, and Windows 7 Home Premium. Unfortunately you don’t get an active digitizer or digital pen, so you might not find Windows 7 to be as touch-friendly as some other tablet operating systems.