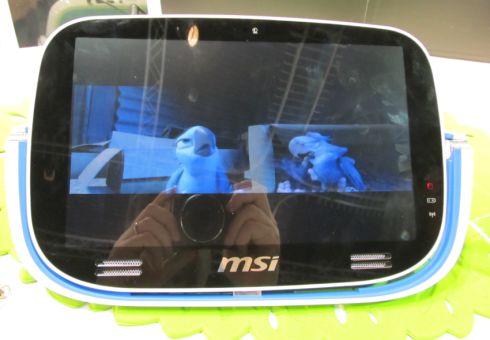 MSI is showing off four tablets at CES this week, including two that are purely concept devices which may never see the light of day, and two tablets which are likely to come to market eventually… but which are clearly only in the prototype stages at this point.

One rather unusual prototype (pictured above) is called the Kid Pad, and as you probably guessed, it’s aimed at children. The tablet has a thick plastic frame around the screen which also serves as a handle for carrying the tablet, or which an be folded down and used as a kick-stand to prop the tablet up on a tablet.

Next up we have the Butterfly concept, which is an all-in-one desktop computer with a removable 7 inch touchscreen device which you can use to watch videos, read eBooks, or access other content on a mobile screen. The Butterfly tablet piece isn’t really meant to leave the house too often though, since the idea is that it would connect wirelessly to the PC to stream content over your home network. 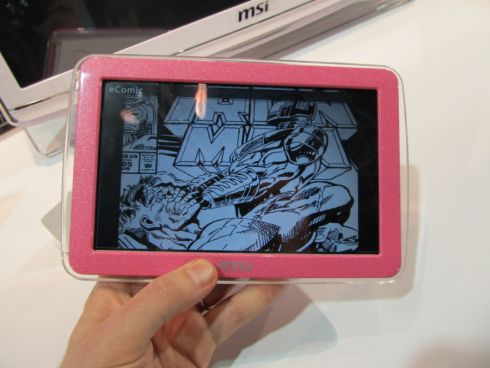 The Butterfly prototype on hand at CES literally didn’t have a single button on the case — not even a power button. I think this one might need a little more time in the oven.

As expected, MSI also unveiled two 10 inch tablets, one running Windows 7 and the other running Android. 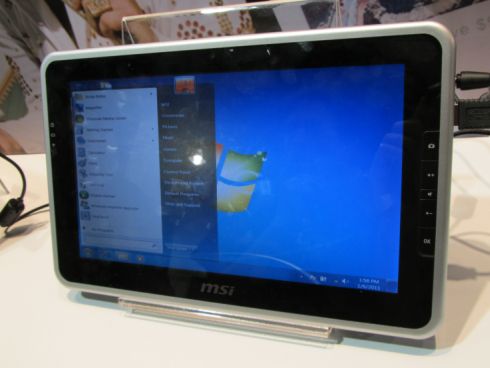 The MSI Wind 100W is the Windows model, and it has a 1.6GHz Intel Atom Z530 processor, 2GB of RAM, and runs Windows 7 Home Premium. It will be available with a 32GB solid state disk. The tablet honestly didn’t seem all that different from any other 10 inch Windows tablet I’ve seen over the last year or so. But at least the Wind 100W was mostly functional. 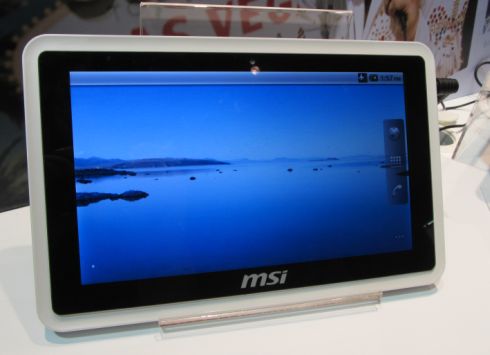 The MSI Wind 100A, on the other hand, looks like it might need a little more work. The tablet had only a single button — and while it looked like a power button, pressing it triggered the back function on the Android tablet. I’m not really sure how you’re supposed to turn this tablet on and off. I suspect MSI will tweak the hardware and/or software design before releasing the 100A.

Like the Windows tablet, the Wind 100A has a 10.1 inch capacitive multitouch display which seemed reasonably responsive. It will also have integrated GPS, a G-Sensor, light sensor, and a digital compass.

There’s no word on pricing for the MSI Wind tablets.