The MSI S20 is an ultrabook which loos like a kind of chunky tablet… until you slide out the keyboard from under the screen. Then it looks like a notebook with a screen locked in place at a roughly 45 degree angle.

MSI started showing off the S20 Slider this summer, and now it’s available for pre-order from ExcaliberPC for $1099. UltrabookNews reports the MSI S20 is already shipping in some European countries for about €999.

Update: MSI says the S20 will actually be available in the first quarter of 2013. 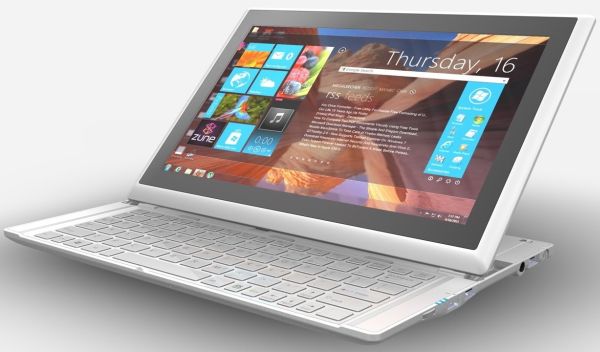 There are 2 USB 3.0 ports, a mini HDMI port, Ethernet jack, and headset jack. MSI includes an SD card reader and a 720p webcam.

One down-side to tablets with built-in keyboards is that they tend to be a bit heavier than slate-style tablets. The MSI S20 Slider weighs 2.2 pounds, which is pretty light for a notebook, but kind of heavy for a tablet.