The MSI Modern 14 is a thin and light laptop with a 14 inch display that launched last summer for $749 and up. At the time the notebook was exclusively available with 10th-gen Intel Comet Lake U-series processors.

But now MSI has quietly added a new AMD-powered version to the lineup. Featuring an AMD Ryzen 4000U series processor, the new MSI Modern 14 B4MW is identical to the Intel-powered MSI Modern 14 B10R in most respects.

They’re the same size, have the same batteries, keyboards, and displays. But the processor isn’t the only thing that’s different. 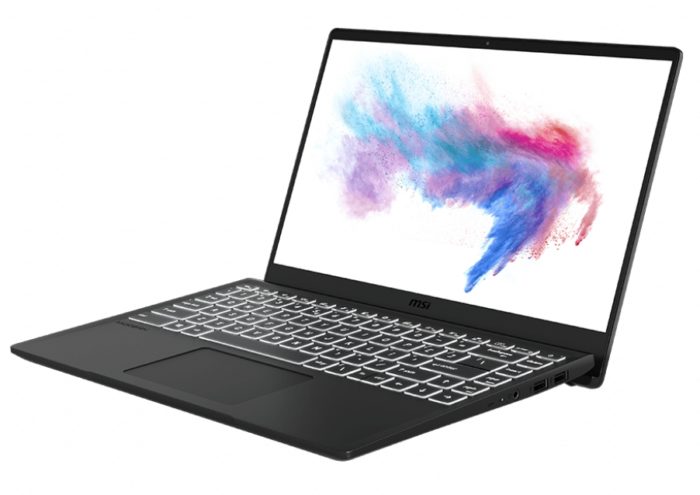 Another difference is the selection of GPU options. Pick a model with an AMD Ryzen processor and you get AMD Radeon Vega graphics. Intel versions come with Intel UHD, NVIDIA GeForce MX330, or NVIDIA GeForce MX350 graphics, depending on the configuration.

And… that’s about it for the differences. Neither version of the laptop has a Thunderbolt 3 port.

MSI says the new model is available with up to an unspecified AMD Ryzen 7 processor and features:

Official pricing and availability details for the new MSI Modern 14 with AMD Ryzen haven’t been announced yet — MSI hasn’t even put out a press release yet. The laptop just showed up on its website sometime in the past month.

But some retailers are already taking pre-orders and/or showing product listings with prices ranging from $649 to $765.