Ultrabooks are thin and light laptops that meet very specific criteria laid out by Intel — but ultrabooks haven’t cornered the market on thin and light notebook computers. MSI has introduced a new portable notebook called the MSI S30 which is a little too thick to qualify, but which measures less than an inch thick, weighs just over 3 pounds, and features a 13.3 inch screen.

MSI hasn’t announced a release date or price for the notebook, but odds are it’ll be a bit cheaper than a typical ultrabook. The company has posted detailed specifications on its website. 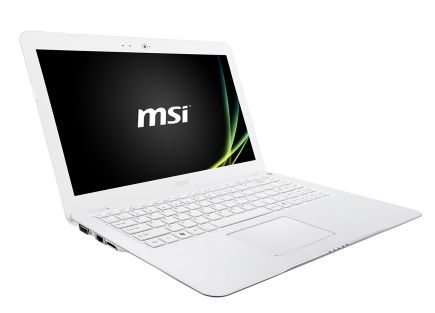 It also features WiFi, Bluetooth, and Ethernet, a VGA port, HDMI port, 1 USB 2.0 port, 1 USB 3.0 port, and a headset jack. The computer will be available with 4 and 8 cell battery options and ships with Windows 8.

The thin and light notebook measures 12.8″ x 8.9″ x 0.9 and weighs 3.1 pounds. The reason you can’t call it an ultrabook is because Intel mandates that 13 inch laptops have to be 0.7 inches thick or less in order to qualify.

Intel also insists that solid state drives are mandatory for ultrabooks, while they’re only optional in the MSI S30.