Now that Intel’s launched its 4th-generation Core processors, PC makers are starting to roll out new computers sporting the powerful new “Haswell” chips. One of the first out of the gate is MSI, which is using Intel’s new chip to power a premium portable notebook aimed at gamers.

The MSI GE40 is a notebook with a 14 inch screen, an Intel Core i7-4702MQ processor, and NVIDIA Geforce GTX760M graphics. It’s available from Amazon for about $1200 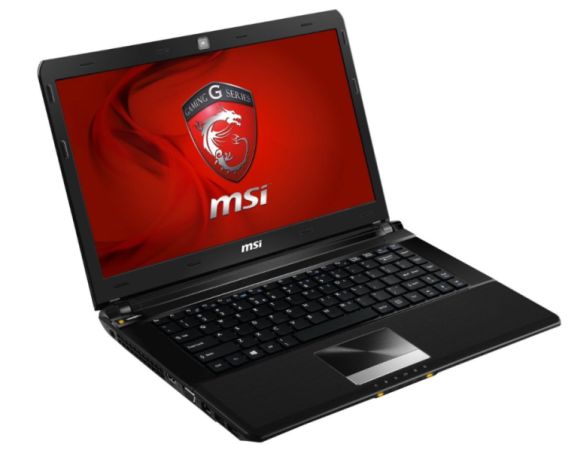 Weighing 4.4 pounds, it’s pretty light for a gaming laptop, but since the notebook measures 1.14 inches thick it’s a little too chunky to count as an ultrabook.

It also only tops out at about 3 hours of battery life when you actually use the notebook for gaming, but you should get a bit more run time if you’re watching videos or just surfing the web.