Microsoft has just released the source code for one of its operating systems… but don’t worry. Hell hasn’t frozen over. It’s just that a lot of time has passed and the software isn’t really all that useful anymore.

Working with the Computer History Museum, Microsoft is making the source code for MS DOS 1.1 and 2.0 and Word for Windows 1.1a available for non-commercial use. 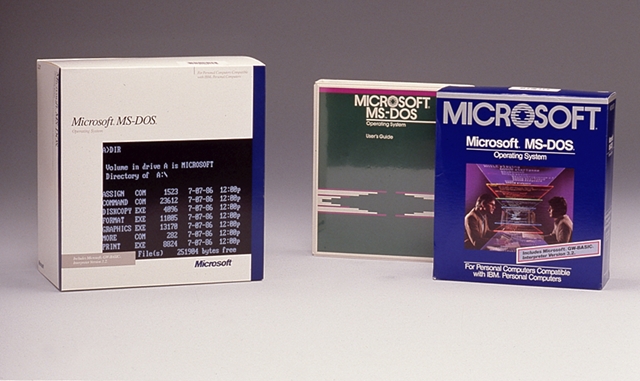 Microsoft says the goal is to “help future generations of technologists better understand the roots of personal computing.”

MS DOS was originally developed by Microsoft in the early 1980s and it was designed to run on IBM personal computers. It wasn’t the first operating system of its type, but it quickly became the most popular.

Early version of MS DOS provided the framework for running other programs using text-based commands. But there were no windows, desktops, or Solitaire video games.  You couldn’t even give files names longer than 8 characters.

In later years DOS provided the foundation for early versions of Microsoft Windows, the company’s first operating system with a graphical user interface. But even the earliest versions of DOS were capable of supporting a range of applications including word processors and spreadsheets — and Microsoft has agreed to release the source code for Word for Windows 1.1a as well.

More than 3 decades after MS DOS 2.0 was launched, odds are you can find a more powerful open source operating system to run on your PC. So it’s unlikely Microsoft is worried about losing trade secrets by releasing the code for some of its earliest products. But the move gives us a pretty good look at where one of the most powerful technology companies got their start.