There’s no shortage of tiny desktop computers these days. Some models have ARM-based chips, while others have low-power Intel Bay Trail processors. And then there’s Intel’s NUC line of mini-desktops, which have Intel Core series chips.

A Chinese device maker has apparently decided to capitalize on the NUC name by launching its own small form-factor desktop called the Mr.NUC V6. It’s a desktop computer that measures about 4.6″ x 4.6″ x 2″ and which features an Intel core i3 Haswell processor.

The Mr.NUC sells for about $299, although you may have to pay an arm and a leg for shipping from China. 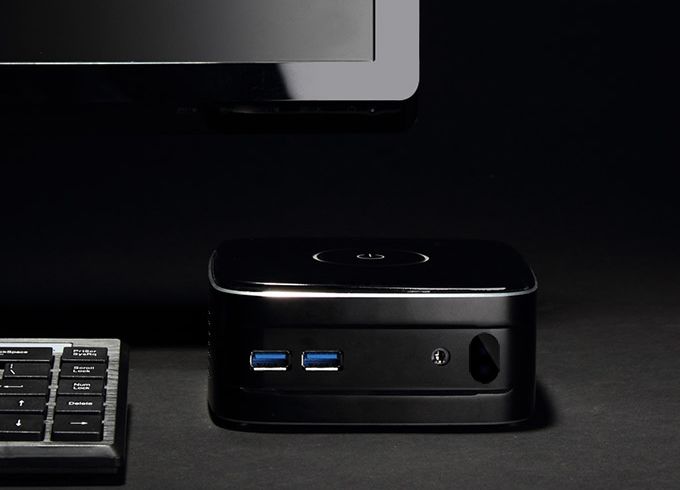 This little computer features a 1.7 GHz Intel Core i3-4010 dual-core Haswell processor with Intel HD 4400 graphics, an mSATA slot for a solid state drive and a 2.5 inch bay for a hard drive or SSD. Some reports say the system comes with a 32GB mSATA SSD, but sales pages at Alibaba and AliExpress make no mention of any included storage.

There are also two memory SODIMM slots with support for up to 16GB of RAM, but you’ll need to provide your memory: the Mr.NUC is sold as a barebones PC kit and it doesn’t come with RAM, or an operating system.

What it does have are 4 USB 3.0 ports, a mini HDMI port, audio jack, Ethernet, mini DisplayPort, an IR port, a VESA plate for attaching the computer to the back of a display, and a 4GB USB flash drive with the drivers you’ll need to install Windows.

If you’re looking for a device of this type in the US or Europe, you’re probably better off buying an Intel NUC or Gigabyte BRIX mini-computer. But it’s interesting to see that Chinese device makers are not only taking their design cues from those companies… they’re even starting to borrow Intel’s naming scheme.