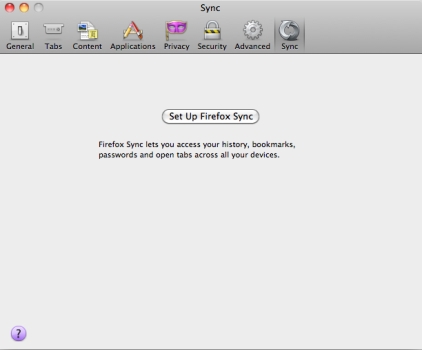 Mozilla Weave is an application that lets you synchronize your bookmarks and settings across Firefox installations. In other words, if you install the Weave plugin, you can share your bookmarks, passwords, preferences, and open tabs between your work and home computers — or say, your desktop and netbook.

But apparently Mozilla doesn’t feel that the whole “Weave” thing explains what the software does, because the company has decided to rename the software as Firefox Sync. The change will affect version 1.3b5 and up.

Mozilla also plans to add support for synchronization with Fennec (Firefox for smartphones), faster syncing, and a backup of your bookmarks before every sync in case something goes horribly wrong.

In related news, it looks like Mozilla is working on a version of Weave/Firefox Sync that works with the iPhone. No, that doesn’t mean you can expect a mobile version of Firefox for the iPhone anytime soon. But it does mean that there’s an experimental iPhone app that lets you access your Firefox bookmarks and other Firefox settings.