Online advertising is often described as the “original sin of the Internet.” We’ve become used to getting content for free, but ad tech has emerged in ways that many feel violate their privacy and sometimes even safety (advertising has been used to deliver malware). Anyone that’s ever used an ad blocker also knows that most websites load more quickly without ads and look less visually cluttered.

But… ads are a big part of the reason the internet is full of so much stuff. While some big-name publishers can get away with putting their content behind paywalls and charging a subscription price for access, many ad-supported sites (including Liliputing) probably wouldn’t exist without ads.

All of which is to say that I’m both intrigued and skeptical buy Mozilla’s new “Firefox Ad-free internet” concept. 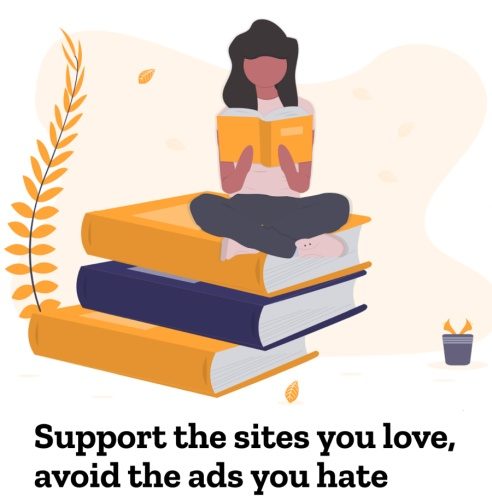 Earlier this year the folks at Mozilla announced they were partnering with a startup called Scroll to explore alternate funding models for web publishers.

The idea is that users would pay for an ad-free experience, and the money would be distributed to publishers.

Now Mozilla is starting to give us an idea of what that would look like. A landing page for Firefox Ad-free internet says that for $4.99 per month, users get access to content from “some of the world’s greatest publishers to bring you a better journalism experience,” with payments being shared “directly with the sites you read.”

Subscribers would also be able to listen to audio versions of articles, an app “that helps you find and finish great content,” bookmark sync, and other features.

The service would be cross-platform, allowing you to read ad-free on a phone or PC. And it doesn’t matter how you run across an article — clicking a link from Twitter or opening the website directly should still be ad-free.

There are some things we still don’t know. I assume that you’ll either need to stay logged in to an account, use a certain app or set of apps, or use some sort of VPN service for this to work.

It’s also unclear whether $4.99 distributed across a whole bunch of sites you visit will result in enough revenue for publishers to make up for (or exceed) ad revenue.

Some big names in publishing including Vox, Gizmodo Media Group, Slate, BuzzFeed, USA Today and the Atlantic seem to be on-board with Scroll so far, but without a critical mass that just means some of the sites you visit would be ad-free, while most others would not.

This is all something I’ll be keeping an eye on. But for now, the best way to visit Liliputing without seeing ads is probably to use an ad-blocker. If you do that, please consider making a donation from time to time to help support the site.

And if you want to offer feedback to Mozilla on the idea of Firefox Ad-free internet, there’s a survey you can take.

via /r/Firefox and Hacker News