Mozilla has been working on a design overhaul for its Firefox web browser for a while, and now you can take the new user interface for a spin by installing Firefox 29 beta.

The menus, toolbars and tabs take up less screen space and the menu button has been moved… to about the same place as the Google Chrome menu button. While the new browser borrows a lot of ideas from Chrome, that’s not necessarily a bad thing since the less space the browser menus take up, the more space you have for websites. 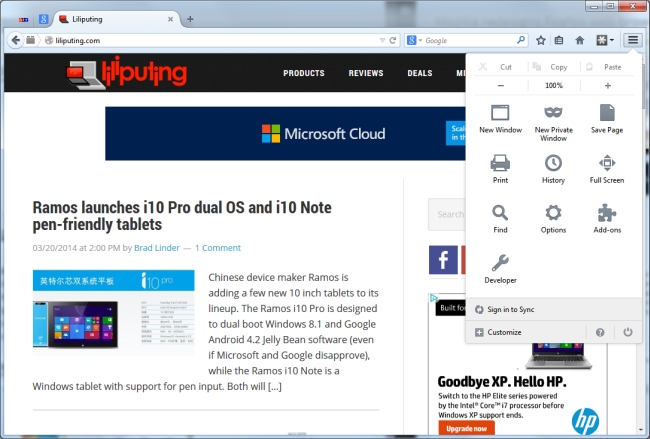 Firefox 29 beta also introduces a new customization mode that lets you drag and drop items such as browser history, sync, or download, or add-on icons to your toolbar.

The Firefox Sync feature which lets you keep your browser data synchronized between computers and mobile devices has also been updated to use the new Firefox Accounts feature.

But it’s the new user interface which is by far the most notable new feature in Firefox 29 beta. Soon it’ll be the default UI for all versions of the browser.

Firefox 29 beta is now available for download for Windows, Mac, Linux, and Android.