Plenty of open source software projects offer nightly (or daily) builds for folks that want to try the latest features. And for those that want something a little more stable, you can always wait for a beta or stable release. But for the past 6 years Mozilla has offered Firefox users something in between.

Aurora builds of the operating system were a bit more stable than nightly releases, but not as thoroughly tested as builds labeled “beta.”

Now Mozilla has announced that it’s going to eliminate the Aurora channel. 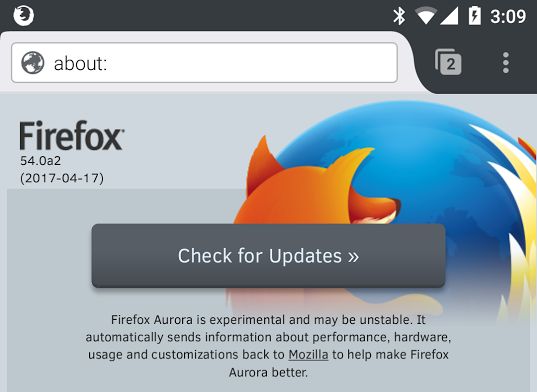 Moving forward, that means Firefox users will be able to choose from nightly, beta, or stable releases.

Nightly builds will have the latest experimental features, while beta (or Developer Edition) releases will be more stable, but still not quite ready for prime time.

Mozilla will stop updating the Aurora Channel on April 18th, although current users will continue to get critical security updates through June.

If you’re using Firefox Aurora for Android, Mozilla says you’ll be migrated to the Nightly channel.