Mozilla’s new Firefox browser for Windows 8 tablets isn’t expected to be ready for the masses until January. But you can now try out a pre-release version by downloading Firefox Aurora and setting it as your default web browser on a Windows 8 device.

If it’s not your default, you’ll only be able to use the old-fashioned desktop version of Firefox. But when it’s your default browser you can also use the new full-screen, touch-friendly user interface that’ll be available to all early next year. 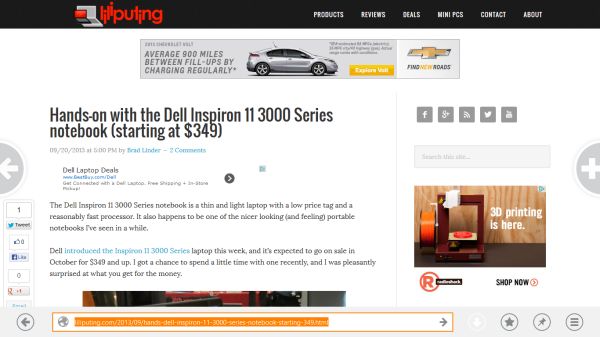 The new browser users the same Gecko rendering engine as all other versions of Firefox, which means it should be able to handle any website that opens in desktop view or on a mobile phone. It also supports WebGL graphics, HTML5, and all the other goodies that come with a modern web browser.

What’s new is the use interface which is designed for tablets and touchscreens. The URL bar and menus only appear when you need them, letting you view web pages in full screen. 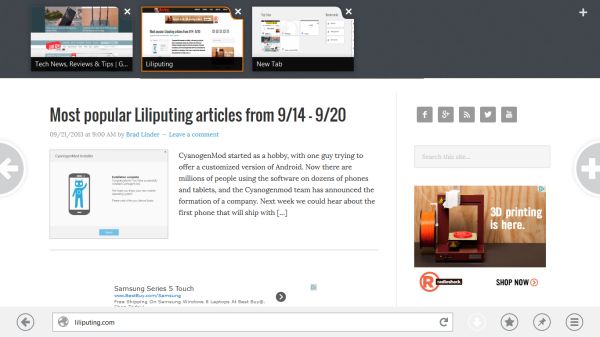 You can swipe down from the top of the screen to see icons for browser tabs that are currently open, or to open a new one. The URL bar hangs out at the bottom of the screen in this view. You can also open a new tab by hitting a + arrow on the right side of the screen, or go back to the previous page by tapping the arrow button on the left.

The new tab page features icons for your most visited websites, bookmarks, and recent history. 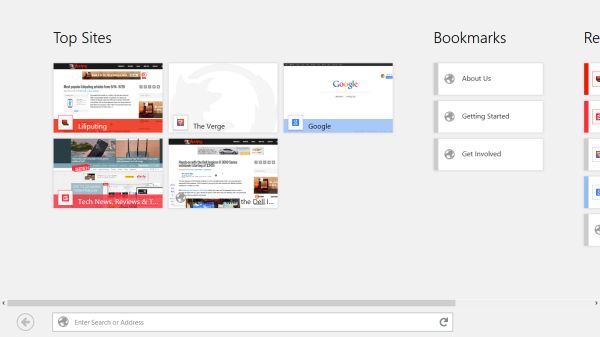 Firefox Aurora releases are preview builds of Firefox, which means they may still have bugs or performance issues. The version released September 21st felt a bit sluggish at times, and scrolling is anything but smooth. But it provides a look at things to come from Mozilla.