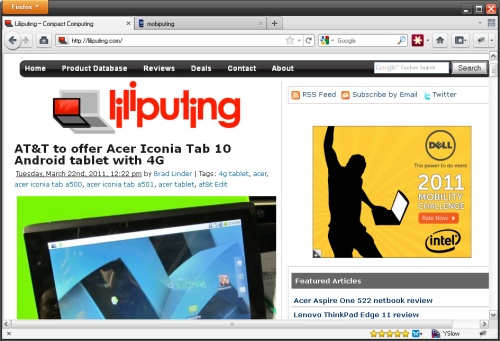 Mozilla has launched the latest version of its popular web browser. Firefox 4 is now available as a free download for Windows, Mac, and Linux computers. Existing users can check for updates from the Help menu in order to automatically upgrade without erasing your preferences.

So what’s new in Firefox 4? Here are some of the highlights:

The user interface has been tweaked. One of the most obvious changes is actually optional: By default the browser tabs move above the location bar to give Firefox a bit more of a Google Chrome-like look. But if you prefer the old look, you can just right click on the tab bar and deselect the “Tabs on Top” option.

You can also switch to open tabs from the URL bar. When you start typing a search, if an open tab matches your query, you’ll see a “Switch to Tab” link which you can click to switch to that tab rather than opening a new tab. 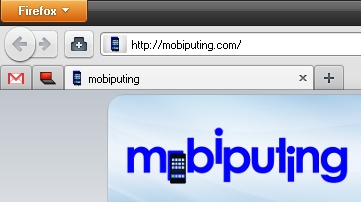 Firefox 4 also lets you pin tabs as “app tabs,” which is another feature that appears to be inspired by Google Chrome. Basically an App Tab is a tiny tab that’s always present in your tab bar. These app tabs load when you first start Firefox, so they’re useful for web apps you use all the time such as an email app or social networking site.

The home, forward, and back buttons also have a new look. And the browser now supports Tab Groups, allowing you to bundle a group of open browser tabs together for easier sorting. 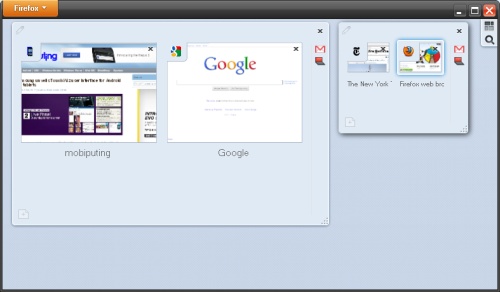 One last tab-related feature that I’m happy to see: You can now “tear” tabs without reloading a web page. That means you can grab a tab with your mouse cursor and pull it away from the browser to turn that tab into a separate web browser window. And if you’re playing a YouTube video or other media, it won’t restart. Earlier versions of Firefox refreshed a page — and any video files that were playing — when you tore them away. 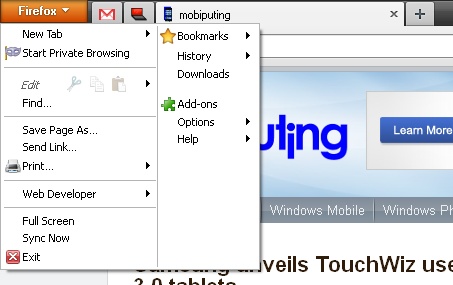 The Firefox menu has also been shrunk down to a single button — although you can right-click and check the “Menu Bar” option to show an old-fashioned menu. 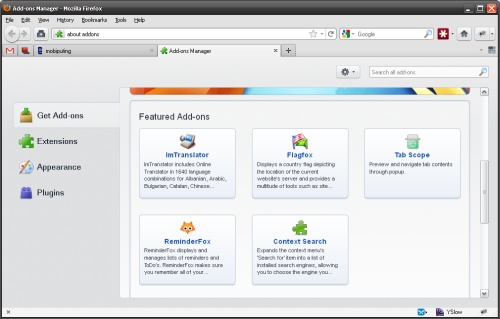 Firefox 4 also has new privacy features including a Do Not Track feature that lets uses opt-out of behavioral advertising tracking. 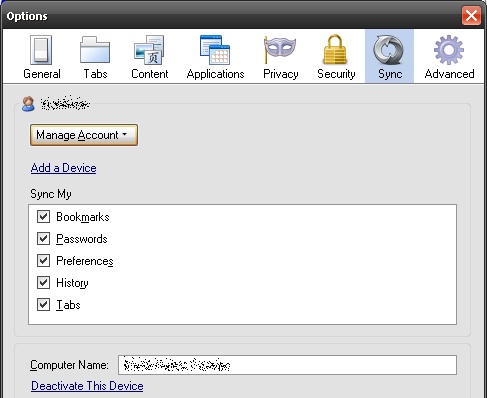 Firefox 4 also includes Firefox Sync, which had previously been available as a download. This lets users sync their settings including bookmarks, passwords, and history between Firefox browsers on multiple computers — or Firefox Mobile on Maemo or Android devices.

Overall I’m pretty impressed with the latest build of Firefox. Mozilla has reduced the amount of screen real estate the browser toolbars use, added synchronization and privacy options, and sped things up considerably. The browser definitely has a lot going for it if you’re looking for a web browser to install on a netbook, tablet, or other secondary device — and the ability to keep your data synchronized with the smartphone version of Firefox could give Firefox 4 a leg up on the competition — until Google, Microsoft, and others inevitably offer similar features in their browsers. Opera already does.

On the other hand, the folks at Lifehacker ran a series of benchmarks… and surprisingly the only test where Firefox 4 came out ahead of the pack was in memory use. Firefox has a long history of being a resource hog, but it looks like Mozilla has made some real progress in that area. Unfortunately, it wasn’t the fastest browser when it came to startup or page load times.