Developers at Mozilla have spent the last few years getting the Firefox web browser ready to run on Windows 8 computers with Microsoft’s new Metro-style, touch-friendly user interface. A beta was released just over a month ago. But now Mozilla is pulling the plug.

It’s not that the browser didn’t work well on Windows tablets… it’s just that almost nobody was actually using the thing. 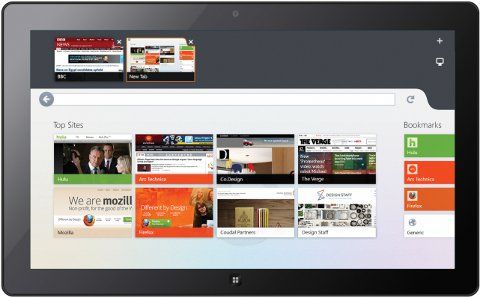 The team had to make a choice between continuing to develop a product that few people had shown interest in, and re-allocating resources to other projects where they could be put to better use. It kind of seems like a no-brainer.

It’s a bit of a shame, because it leaves Internet Explorer in the dominant position on Windows tablets, much as it was on Windows desktop and laptop computers for years. That’s not to say there’s anything wrong with Internet Explorer (although I’m sure plenty of folks would argue that there is), it’s just that competition is always a good thing.

Fortunately Google Chrome does offer a Windows 8 touch-friendly experience, so there’s a bit of competition in the Windows 8 browser market. But if Mozilla’s experience is anything to judge by, either people aren’t really looking for alternatives… or maybe they’re just not using Windows 8 tablet apps such as web browsers very much.

Mozilla could reverse the decision and continue work on a Metro version of Firefox if demand picks up in the future — and since Firefox is an open source project, there’s nothing stopping independent developers from grabbing the code and picking up where Mozilla left off.