Millions of websites are funded by ads… but there’s also a backlash from users about the way online advertising works. Many ads are served using technology that tracks user data, and many websites load more quickly when users install ad-blocking software.

So on the one hand, you get more privacy and a faster web when you block ads. On the other hand, it’s likely that a lot of content creators would have a tough time finding ways to make a living without advertising. I know I would, which is one of the key reasons I don’t use an ad blocker myself.

Mozilla cofounder Brendan Eich thinks he has a solution… although it’s a kind of weird one. He’s now CEO of a new company called Brave Software, which is releasing a new web browser that only displays “clean” ads. 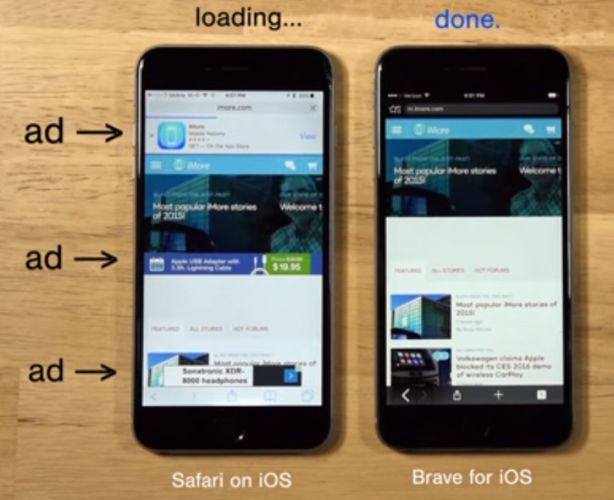 Here’s the idea. The Brave web browser basically includes a built-in ad blocker which prevents most existing ads and other tracking scripts from loading.

In their place, Brave will insert a few of its own ads. They’ll only show up in a few specific sizes and placements and they won’t collect you personal data. The service uses only local data stored on your computer to target ads and doesn’t save your information to the cloud.

Eventually the idea is that Brave would share revenue from its ads with web publishers. But given the current state of ad tech, it seems highly unlikely that ads served through Brave’s system would generate as much revenue for publishers as existing ads unless Brave (or ad blockers in general) became so widespread that there was no alternative. In that case I suppose it’s theoretically possible that advertisers would be willing to pay a premium to reach audiences in any way possible… but that hypothetical situation is probably a pretty long way off.

For now, Brave Software is releasing a developer preview version of its browsers for Android, iOS, Mac, Linux, and Windows. The desktop versions are based on Chromium while the iOS version is based on Firefox for iOS (which uses the WebKit rendering engine) and the Android version is based on the Link Bubble web browser.

Update: Actually, it looks like Brave is the new version of Link Bubble. Brave Software acquired the browser from developer Chris Lacy and has released it as open source software. Future versions will be called Brave.

In order to run the developer preview you’ll need to build the browser from source yourself.