Most of the mice available for modern computers connect to a PC via USB or Bluetooth. But there was a time when computers didn’t have either of those things.

So if you want to use a modern mouse with a vintage computer, you have to get creative. And that’s what the folks behind the mouSTer project did.

Originally designed as an adapter that would let you use a modern mouse with an Atari ST computer, the mouSTer has since become a multi-platform project that could allow you to use modern peripherals (including mice and game controllers) with a bunch of different classic PCs. 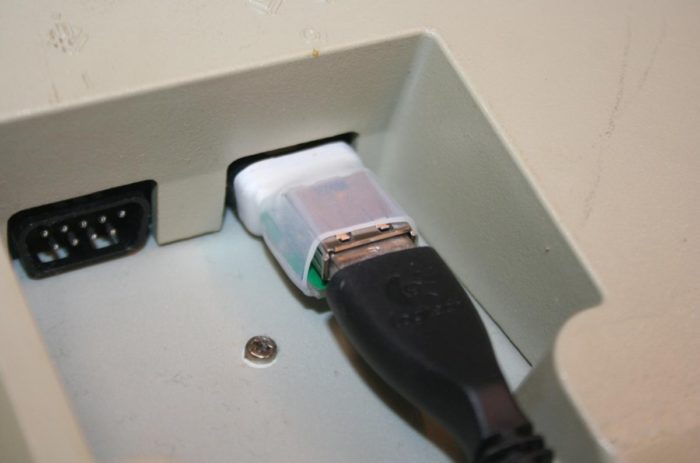 Fore example, the developers have already added an Amiga emulation mode, and plan to add configuration options for Commodore 64, Commodore 128, and Sinclair Spectrum computers, as well as other vintage PCs.

The current prototype features a DB9 plug and a USB connector, plus a small microcontroller that allows them to work together as an adapter. The developers say it “works with every mouse and with every game USB pad” as well as the PS4 game controller. And the mouSTer supports firmware updates and configuration changes delivered via a USB flash drive.

You can’t buy a mouSTer yet. More testing still needs to be done. A case needs to be designed. And the developers hope to add more configuration options. But it seems likely that you might eventually be able to purchase one at the RetroHax shop.

via HackADay and Hacker News