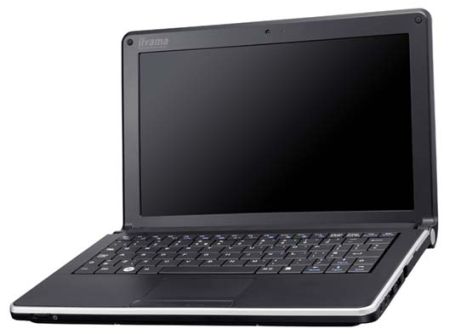 Japanese computer distributor Mouse Computer has released a new Intel Atom-based netbook that looks an awful lot like the last mini-laptop we saw from Mouse. But unlike the previously announced LB-1500, the new Illyama netbook doesn’t have an optical disk drive.

That’s not to say that it’s your average netbook. Sure, it’s got a 1.6GHz Intel Atom N270 CPU, 1 0.2 inch, 1024 x 600 pixel display, and 802.11b/g WiFi just like all the other cool kids. But while the basic model ships with 1GB of RAM and a 160G hard drive, you can also get a Mouse Illyama with 2G of RAM and a 250GB hard drive, which I’m sure will bump up the price a bit (if for no other reason than that Microsoft charges more for Windows XP licenses on machines that have that kind of oomph to them).

As far as I can tell, this netbook will only be available in Japan, and possibly on eBay.

One reply on “Mouse Computer launches Illyama netbook in Japan”