Rumors have been swirling for a while that Nintendo was getting ready to launch a smaller, cheaper version of the Nintendo Switch game console. Recently those rumors have picked up steam thanks to a number of listings for “Nintendo Switch Mini” accessories including screen protectors, cases, and docking stations.

While it’s unclear if the name is finalized, it’s increasingly looking like some sort of mini Switch is on the way. The latest leak comes courtesy of German website WinFuture which has posted pictures showing an upcoming WinFuture silicone case and a drawing of what the Switch Mini would look like in that case. 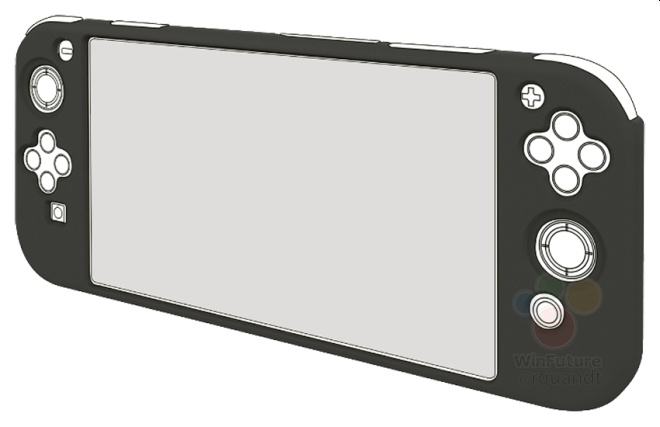 All of the leaks to date point to a device with the same basic controls as a Nintendo Switch, but instead of a set of detachable Joy-con controllers, the Switch Mini seems to have the D-pad, analog sticks, and buttons built into the case itself. The screen may also be smaller.

It remains to be seen if the new model will be as hackable when it arrives as the original Switch, which can now be jailbroken and made to run Android as well as Linux… and maybe even Windows.