As expected, Motorola is launching a new version of the Motorola Razr smartphone with a foldable OLED display. And as expected, the new model brings a faster processor, 5G support, and upgraded memory, storage, battery, and cameras.

What’s a little surprising is that the new Motorola Razr is also cheaper than the previous model… although not a lot cheaper.

The 2nd-gen Motorola Razr will be available this fall for $1400, which makes it $100 cheaper… but still very expensive for a phone that has a mid-range processor. 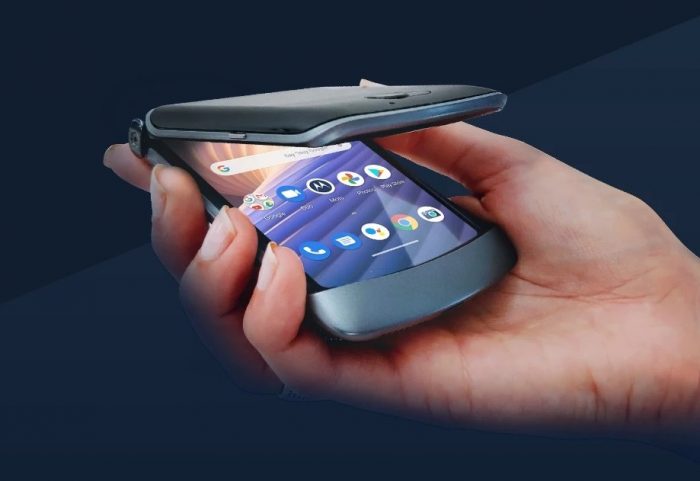 That said, it’s not the chipset that makes the Razr series stand out. The original Razr was an incredibly thin flip phone released before smartphones took off. Motorola revived the brand this year by adopting a similar design, but using foldable display technology to give you a big-screen phone that you can fold in half and slip into your pocket.

There’s also a smaller cover screen that allows you to view notifications and some other details without opening the phone.

While the first modern Razr smartphone had pretty modest specs, the new version features upgrades in nearly every area. The two screens haven’t changed, but Motorola has upgraded just about everything else:

They both also have fingerprint readers, although on the new model it’s on the back of the phone rather than on the front chin area.

Neither phone has an IP rating, but Motorola says both have a “water repellent” design for protection from minor splashes.

Motorola says the second-gen Razr smartphone will be available from Amazon, Best Buy, B&H, and the Motorola website this fall. AT&T and T-Mobile will also offer the phone.