5G is coming soon. It just won’t be very widespread at first.

A bunch of smartphone makers unveiled their first 5G-enabled devices at Mobile World Congress last month, and most major US wireless carriers plan to start bringing their 5G networks online in select markets this year.

Now it looks like Verizon and Motorola may be ahead of the pack… for what it’s worth. 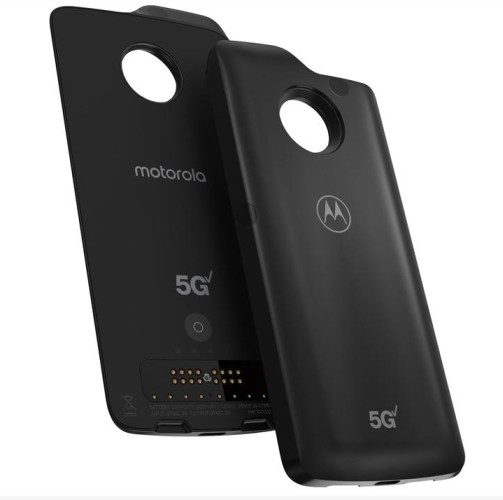 Verizon has announced that it’ll launch its 5G network in Chicago and Minneapolis starting April 11. The new technology should enable higher data transfer speeds, lower latency, and the bandwidth required to bring a larger number of devices online at once.

Verizon customers who already have one of the company’s three “unlimited” 4G data plans will be able to pay an extra $10 per month for unlimited 5G data (although it’s free for the first three months).

But at launch there will only be one way to access Verizon’s 5G network with a smartphone — with Motorola’s 5G Moto Mod.

Moto Mods are add-on modules that you can attach to the back of a Moto Z-series smartphone to add capabilities. But unlike every other module that Motorola has released to date, the 5G Moto Mod only works with a single device: the Moto Z3 that was unveiled last summer.

So to recap, if you want to be the first in line to use 5G in the US you’re going to need to be in one of two cities and you’ll need a specific phone and an optional add-on that’s sold separately.

The good news is that the 5G Moto Mod is going to be pretty cheap if you get one early. While it has a suggested retail price of $350 (because it basically has the guts of a screenless smartphone), Verizon will sell the 5G Moto Mod for just $50 for a limited time.

The 5G Moto Mod goes up for pre-order on March 14th, and it should be available April 11th, just as Verizon’s network goes live.