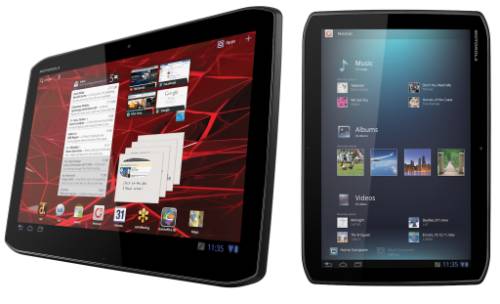 Motorola is now taking pre-orders for its 8.2 inch and 10.1 inch XYBOARD tablets, with prices starting at $399.99. These are the WiFi-only versions of the tablet. Verizon will also sell models bundled with its 4G LTE service for $430 and up — but you’ll need to sign up for a 2-year contract to get Verizon’s prices.

The XYBOARD tablets are basically the same as the Motorola XOOM 2 tablets which were introduced in November. Both models feature 1.2 GHz dual core processor, 1GB of RAM, and 16GB of storage or more. They have front and rear cameras and they’ll ship with Google Android 3.2 Honeycomb initially.

Here’s the price breakdown for the WiFi models:

Motorola says the tablets should ship the week of January 18th, 2012.