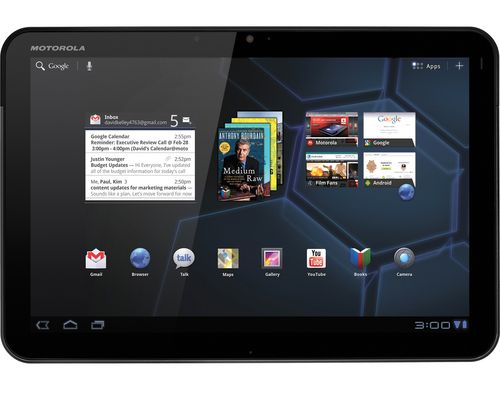 B&H is the first US retailer to start taking pre-orders for the WiFi version of the Motorola XOOM Android tablet, widely expected to go on sale later this month. You can pre-order the XOOM today for $599.

The XOOM is the first tablet to hit the streets running Google Android 3.0 Honeycomb, a version of the mobile operating system optimized for tablets with high resolution displays. A 3G capable version of the tablet has been available for purchase since late February, but it carried a relatively high starting price of $799 for a contract-free device, or $599 when you sign up for a 2 year service contract with Verizon Wireless.

The WiFi version has most of the same features you’ll find in the 3G model. It just lacks the 3G modem.