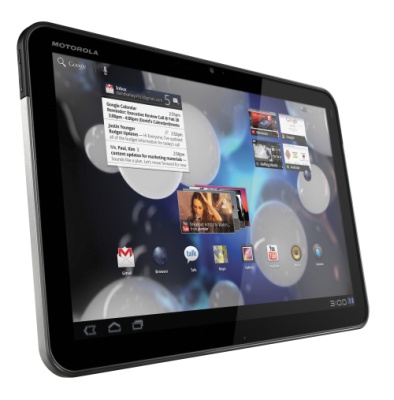 The Motorola XOOM tablet has gotten a bit of flack in recent weeks due to the relatively high price tag of $799.99. It turns out that’s the unsubsidized price for the 3G capable version of the tablet. A WiFi-only version will run $600. But both of those prices are well above the Apple iPad, which runs $499 for a WiFi-only model or $629 for the cheapest 3G option.

But the Wall Street Journal reports that Motorola’s Sanjay Jha is standing by the price, suggesting that the high $800 price tag for the tablet is justified by the fact that Motorola will eventually offer users a free upgrade to enable support for faster 4G mobile broadband networks.

Of course, Apple has yet to unveil its plans for a next-generation tablet, and I wouldn’t be surprised if that device also has 4G capabilities. That said, Jha could have highlighted some of the other features the XOOM has which current iPad models do not, including a dual core NVIDIA Tegra processor, 1GB of RAM, a 1280 x 800 pixel high resolution display, and front and rear-facing cameras. On hardware alone, the XOOM is clearly the more capable machine… although that’s not surprising since we’re comparing an upcoming tablet with one that’s been on the market for nearly a year.

As I’ve said before though, I think the key here is that customers aren’t used to Apple competing on price. Apple is known for producing high quality, but high price computers. So when the iPad entered the market at a somewhat reasonable price, it made it very difficult for competitors to match or exceed its features at a lower price point. So companies like Motorola aren’t really trying to compete with price. They’re trying to compete with features instead. It’s far to early to see if that strategy will pay off. But I do have to wonder how much demand there is for an $800 device that doesn’t really replace a notebook or smartphone and which requires an additional monthly data plan. Personally I’m much more intrigued by the $600 WiFi model for now.

In other XOOM news, Motorola has unveiled plans to offer the 10 inch Android 3.0 tablet at Carphone Warehouse, Best Buy, Dixons, Currys, and PC World in Europe during the second quarter of 2011. There’s no word yet on how much the XOOM will cost in Europe.

Update: In other other XOOM News, it looks like Motorola has posted detailed specs for three versions of the tablet: WiFi-only, and two differnt 3G capable versions. As Engadget notes, aside from the wireless capabilities, all three look identical, which is very good news.