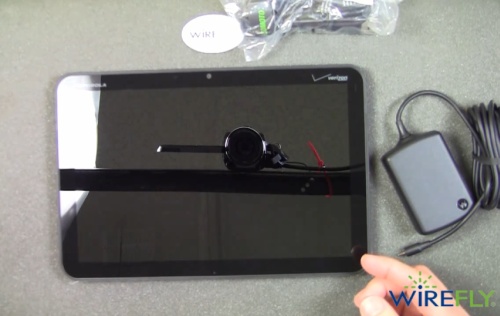 The Motorola XOOM Android tablet isn’t expected to begin shipping until Thursday, but you know who has the tablet already? Retailers. So the folks at Wirefly decided to go ahead and shoot an unboxing video. You can check it out after the break.

Honestly, at this point we’ve seen the tablet, we know about the operating system, and we’ve even seen the user manual. But the video does show the retail packaging, the power adapter (which is notably much larger than a typical cellphone power supply), a USB cable, and all the documentation that comes with the tablet.

It doesn’t look like you’ll get any sort of slip case, so you’re going to need to order a separate carrying case if you don’t relish the idea of just throwing an unprotected tablet in your bag.

You can learn more about the tablet’s ports, buttons, and other features in the video after the break, where you can also see the initial boot screen for the tablet.