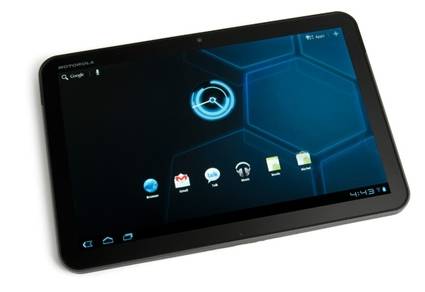 Motorola managed to launch the first tablet to run Google Android 3.0 Honeycomb way back in February… but the company won’t be offering the finishing touch for another few months.

When the Motorola XOOM shipped there were two things missing: a working SDHC card slot, and a 4G LTE radio. While the tablet had a space for a microSDHC card, the XOOM simply couldn’t recognize a removable flash card. Motorola has finally started rolling out software updates that allow the SD card to work, but the 4G upgrade is another story.

Motorola shipped with the XOOM with 3G capabilities and promised that a free 4G upgrade would be available within three months.

Three months stretched into the summer… and now it looks like XOOM customers waiting for an upgrade will have to wait until this fall. Droid Life reports that Motorola and Verizon will finally begin offering a 4G upgrade option in September.

Verizon’s 4G network is several times faster than its 3G network, which means that you’ll be able to upload photos or videos, transfer files over the internet, watch videos, or simply open web pages more quickly once you upgrade. But you’ll probably still get the best performance when you’re connected to a reasonably fast WiFi hotspot instead.

The XOOM is a pretty good tablet whether it has 4G or not. But if you picked one up hoping Motorola would deliver on its promise of a free 4G upgrade, it looks like the end of the wait is finally in sight… if you can look ahead until September.