A few months ago we learned that Lenovo might be bringing its ThinkPad branding to smartphones. And now we have more details thanks to leaked specs and images shared by The TechOutlook, Evan Blass, and @_snoopytech_.

According to the latest leaked materials, the ThinkPhone will actually be a Motorola-branded device that’s made by the Lenovo-owned smartphone maker. And while it’s design is clearly inspired by Lenovo’s classic laptops, the specs paint a picture of a near-premium smartphone. 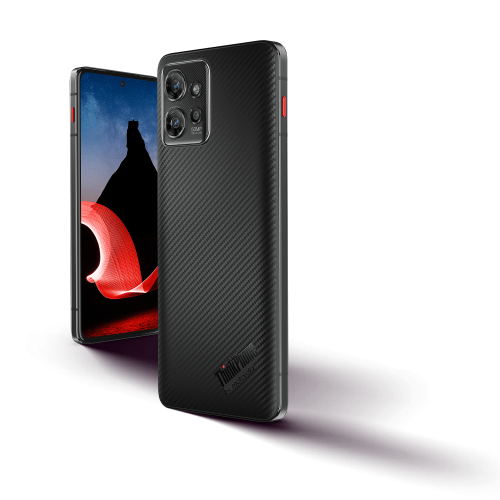 The most distinctive feature is probably the phone’s back cover, which has an aluminum frame and aramid fiber inlay that looks a bit like the carbon fiber used for Lenovo’s ThinkPad Carbon line of laptops. There’s also a ThinkPhone logo in the bottom corner, similar to the ThinkPad logo you’d find on Lenovo’s business laptops.

To show off the phone’s IP68 water resistance, at least one image also shows the phone face down in a puddle of water. 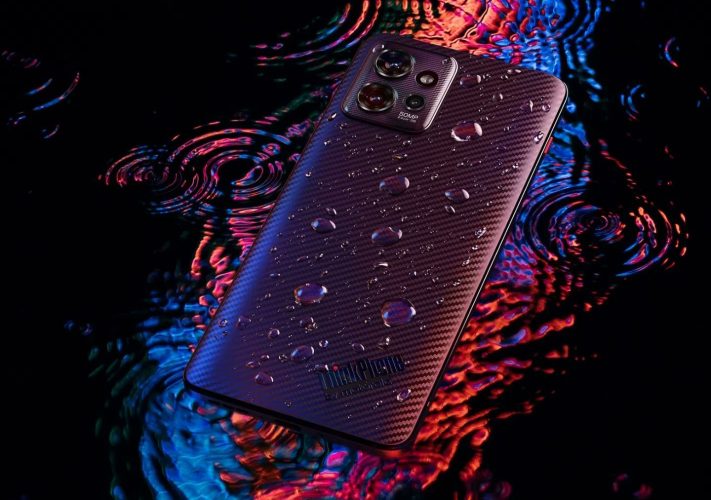 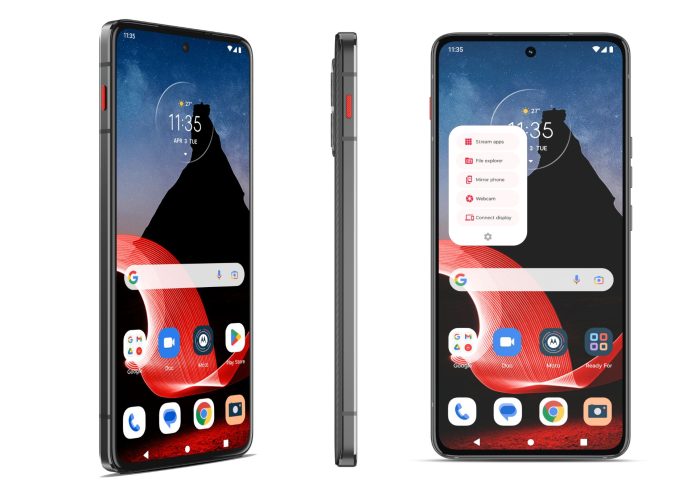 On leaked image hints at a privacy screen feature that could allow you to limit viewing angles in order to prevent anyone from reading your screen over your shoulder… but it’s unclear if this is due to display technology or a screen protector. 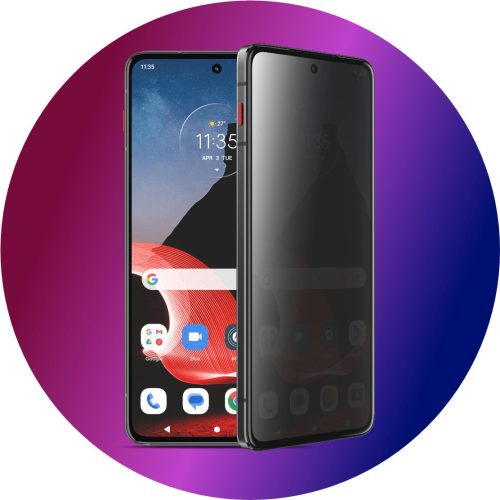 But there are other phones with higher-resolution displays, so this is one of the areas where Motorola isn’t quite going all-out with the ThinkPhone to make it a true flagship. 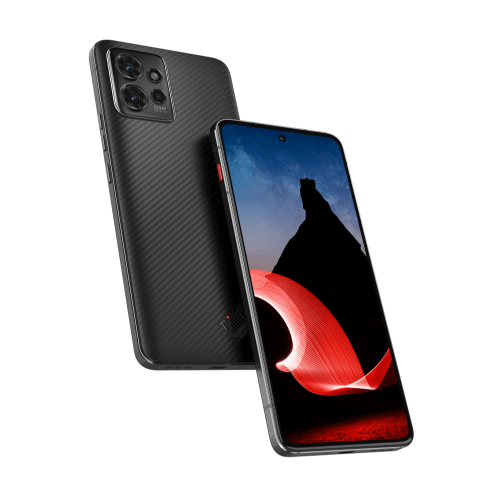 The other is the processor – while the phone’s Qualcomm Snapdragon 8+ Gen 1 chip is clearly no slouch, it seems like an odd choice for a premium phone that will compete with models sporting Qualcomm’s newer Snapdragon 8 Gen 2. 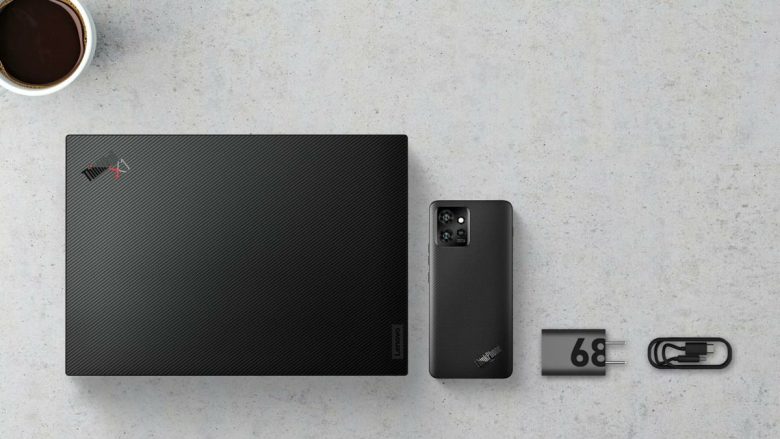 Other features include 8GB to 12GB of RAM, 128GB to 512GB of storage and a camera system that includes:

The phone features a 5,000 mAh battery and support for 68W fast charging or 15W wireless charging, and has stereo speakers and dual microphones. 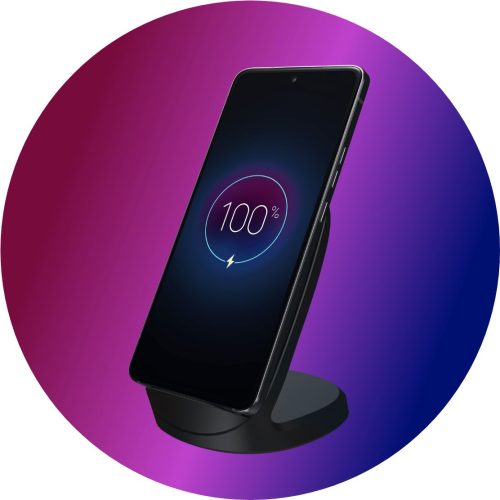 Wireless capabilities include dual SIM support and NFC, and the phone has an in-display fingerprint sensor. The Motorola ThinkPhone is expected to ship with Android 13 and it looks like Motorola and Lenovo will position it as a companion for ThinkPad (and other) laptops, thanks to software that will let you view smartphone notifications on a PC, copy and paste files between devices, and more. I’m not sure if the images are showing Microsoft’s Phone Link app, Intel’s Unison software, or some other multi-device solution though.

Keep in mind that Motorola hasn’t officially announced the phone yet, so there’s still a chance that some features could change before launch… or that the phone might not launch at all.

This article was first published December 15, 2022 and most recently updated December 28, 2022 with additional images shared by Evan Blass and @_snoopytech_.