The new Motorola Razr (2020) smartphone is basically a modern flip phone with a foldable OLED display, a second screen on the cover, and better specs than the 2019 model at a slightly lower price.

When Motorola first announced the new phone earlier this month the company said it would be available this fall for $1400. 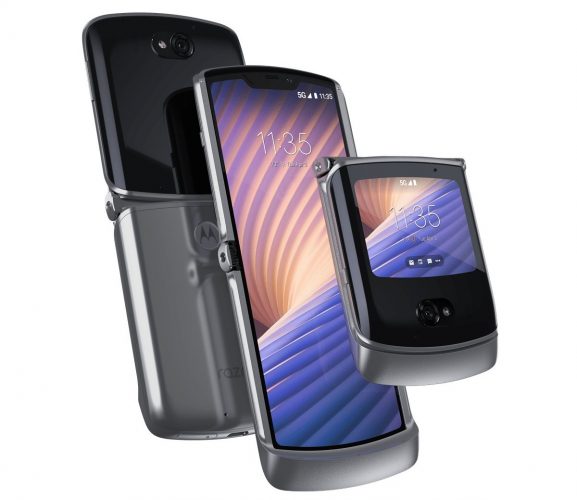 That price includes a $200 discount that will only be available for a limited time though, so at some point this thing may still sell for $1400, making it one of the most expensive smartphones to feature a Qualcomm Snapdragon 765G processor.

But while the CPU may be mid-range, the phone’s unusual design is the star of the show. The Motorola Razr has a 6.2inch, 2142 x 876 pixel pOLED display that can fold in half, allowing the phone to take up less space in your bag or pocket.

Since there’s a 2.7 inch, 800 x 600 pixel cover screen, you can also view notifications without flipping the phone open. Is that worth spending more than twice as much money on this phone as you’d spend if you opted for the latest OnePlus, Google Pixel, or Nokia phone? I suspect that’s a question only you can answer.

The phone supports 15-watt fast charging, WiFi 5, Bluetooth 5.1, 5G (sub-6 GHz and mmWave) and NFC and has a mono speaker, four microphones, but no headphone jack. It does come with a USB-C to 3.5mm audio adapter though.