Motorola’s newest mid-rang phone is now available in the US, Europe, and Latin America.

The most noticeably may be the pop-up selfie camera that allows for a slim top bezel with no notch. But the phone actually gets its name from its support for 45 watt “Hyper charging” technology that allows you to take the phone’s 4,000 mAh battery from 0 to 42 percent by plugging it in for 10 minutes, or go from 0 to 75 in a half hour.

There’s one small catch though — the phone only comes with an 15W “TurboPower” charger. You’ll need to buy a 45 watt Hyper charger separately. 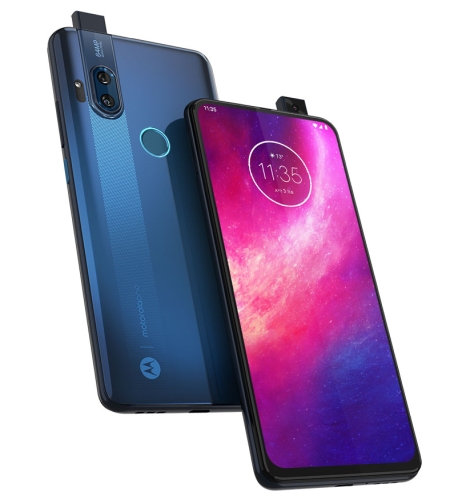 Most phone makers have adopted wider aspect ratio displays in recent years. That’s generally led to taller phones and slimmer bezels. But while key phone makers including Samsung, Apple, and Google have opted for notches or holes in the display for the front-facing cameras, other companies including Oppo, Vivo, and OnePlus have chosen pop-up selfie cameras like the one used in the Motorola One Hyper.

That camera has a 32 megapixel image sensor, while the phone’s dual rear cameras include a 64MP primary camera and an 8MP ultra wide-angle camera (118 degrees). The 64MP camera uses quad-pixel technology so that in addition to full-res photos, you can save 16MP images with higher color accuracy and low-light performance.

The Motorola One Hyper also has a microSD card reader, and a 3.5mm headphone jack.