The Motorola Moto G is a low-cost smartphone with decent specs and software that’s pretty close to a pure version of Google Android. Motorola launched the first Moto G in late 2013 as a 3G-only device, before adding a 4G LTE model half a year later.

Now it looks like history is repeating. The 2nd-gen Moto G launched in September as a 3G-only device. But it looks like a 4G model is on the way. 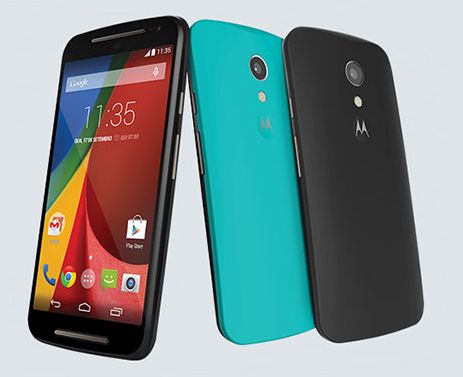 Motorola’s Brazilian website mentions a new version of the phone with support for 4G LTE. That model also has 16GB of built-in storage. Up until now Motorola has only offered a model with 8GB.

The Brazilian website also mentions single-SIM and dual SIM models of the phone and the new LTE model has a 2,390 mAh battery (compared with the 2,070 mAh battery that comes with the 3G model).

There’s no word on if or when we’ll see the 2nd-gen Moto G with LTE and/or 16GB of storage in the United States.