As expected, Motorola is launching a new line of entry-level phones under the Moto C brand. 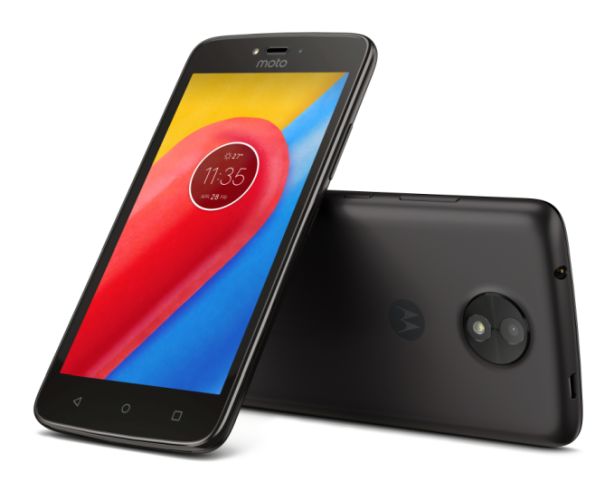 Motorola says the phones will be available in select markets including “Latin America, Europe, and Asia Pacific” regions, but there’s no mention of a US launch, which might explain why prices are given in Euros rather than dollars.

The Moto C features a 2,350 mAh battery, a 5MP rear camera with LED flash, a 2MP front-facing camera, and Motorola will offer a 3G-only model or a 4G model for €10 more.

It will be available in white, red, gold, or black colors.

Motorola’s Moto C Plus has a 4,000 mAh battery, a larger display, dual SIM support, and a microSD card slot, an 8MP rear camera with LED flash and a 2MP front camera.

If previously leaked specs are accurate, the larger phone also has a 720p display, a 64-bit CPU, and an option for up to 2GB of RAM, while the smaller model has a 32-bit CPU and an 854 x 480 pixel screen.

Interestingly, Motorola’s blog post says the Moto C Plus has a “larger” display, despite a leaked picture this weekend which suggested that both models would have 5 inch displays.