Motorola’s smartphone names tend to follow a basic rule of thumb: higher letters in the alphabet = better specs. So the Moto X and Moto Z smartphones tend to be flagship-level devices. The Moto G helped redefine the budget phone space… although these days the center has shifted, so the Moto G is more of a mid-range device, and the Moto E is entry-level.

Or at least it was.

Now it looks like Motorola is getting ready to launch a new line of Moto C phones with entry-level specs. Some models have stand-out features though, like big batteries. 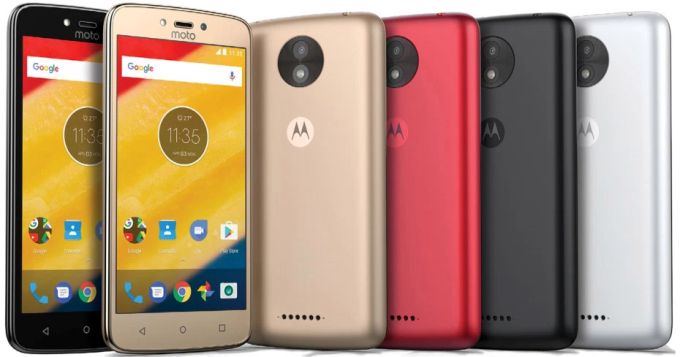 Writing for VentureBeat, Evan Blass reports that the Moto C will come in several different configurations, but all models will have 5 inch displays and MediaTek quad-core processors.

Things get a little more complicated from there, since some configurations will only be available in certain regions. But here’s a basic idea of what to expect:

Both models have LED flash on the back and a microSD card. The phones will be available in colors including black, white, red, and gold. And all models ship with Android Nougat software.

Blass says all Moto C Plus models will support 4G LTE, but Motorola will offer 3G and 4G options of the cheaper Moto C. The 3G model also has a fixed-focus camera and 32-bit CPU, while the 4G model has a 64-bit processor and autofocus camera.

Pricing and availability hasn’t been announced yet. But all signs point to cheap and probably by this summer.

Now I can’t wait to see what Motorola has planned for the Moto B and Moto A!