Motorola appears set to launch its first smartwatch as well as next-generation smartphones in September. The company is sending out invites to an event on the eve of the IFA trade show in Berlin and the invitation paints a pretty clear picture of what we can expect: at least two phones, a watch, and… a Bluetooth headset? 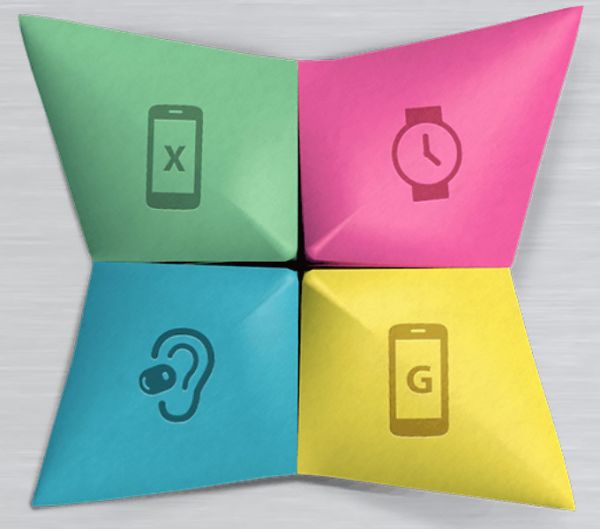 Motorola introduced its first smartwatch earlier this year, but the Moto 360 isn’t yet available for purchase. Now it looks like a September release could be in the cards.

The Moto 360 is one of the first devices to run Google’s Android Wear software and one of the first smartwatches to feature a round watch face. According to leaked details and photos of a pre-release device it looks like the watch will also support wireless charging, come in black or silver, and offer up to 2 days of battery life.

The Motorola event invitation also shows simple pictures of two phones. One has an X in the center while the other has a G. It’s likely that means the company will launch next-generation versions of last year’s Motorola Moto X flagship phone and Moto G budget phone.

Meanwhile, rumor has it that the cheaper Moto G2 (or possibly the Moto G+1) could have a 4 inch screen, a Snapdragon 400 processor, 1GB of RAM, and 8GB of storage.

Motorola hasn’t confirmed the specs for either phone yet, but we should know more on September 4th. Maybe we’ll also find out why the company thinks a Bluetooth headset or other accessories are exciting enough to warrant a place on the invitation.