Unlike some other attempts at delivering a modular smartphone platform, Motorola’s Moto Z line of phones with support for MotoMods is alive and kicking.

First launched in 2016, the Moto Z family supports a line of modules that attach to the back of the phone to add features like speakers, batteries, and game controllers.

The latest entry is the Moto Z3 Play, a $499 phone with mid-range specs and support for every MotMod released to date. 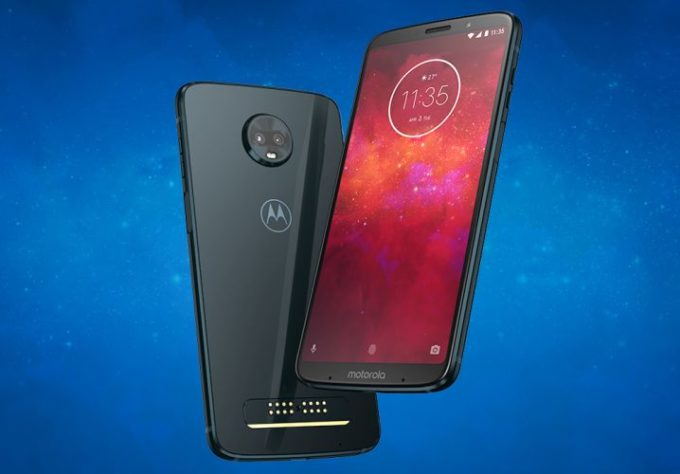 In order to make the phone compatible with existing modules, Motorola had to keep the size and shape of the phone pretty close to its predecessors at a time when smartphone screens are getting bigger and longer. But that didn’t stop the company from going with a taller screen with a wider aspect ratio.

Motorola opted for a dual camera system on the back of the phone, with a 12MP sensor and a 5MP sensor. There’s a single 8MP front camera with a wide-angle lens.

The phone is powered by a Qualcomm Snapdragon 636 processor and features 4GB of RAM and a choice of 32GB or 64GB of storage.

Other features include a front-facing mono speaker, NFC, a 3,000 mAh battery, a microSD card reader, and a USB Type-C port,but no headphone jack. There’s a fingerprint sensor built into the power button.

Motorola says the phone should get up to 40 hours of battery life, and if the mono speaker isn’t good enough for you, the company offers a number of speaker MotoMods including a stereo speaker that’s currently on sale for just $45.

Other MotoMods include a projector, a printer, an Alexa-enabled speaker, a 360-degree camera, a wireless charger, a zoom camera, and a bunch of cases, rear covers, batteries, speakers, and more.

Motorola tends to use the “Play” name to indicate long battery life and a mid-range processor… but the company says Moto Z3 Play should offer a 30 percent performance boost over last year’s Moto Z2 Play, which had a Snapdragon 626 processor and 3GB of RAM.

There’s no word on if or when we’ll see a high-end Moto Z3 with a Snapdragon 845 or similar processor.