Budget smartphones are nothing new. But Motorola shook up the low-end space when the company introduced the $179 Moto G which had some of the best specs you could find in an unlocked phone in that price range. Now the company wants to do it again with the Moto E: An even cheaper phone that’s aimed at potential customers who may never have purchased a smartphone.

The Moto E is now available fore pre-order for just $129, and no contract is required. 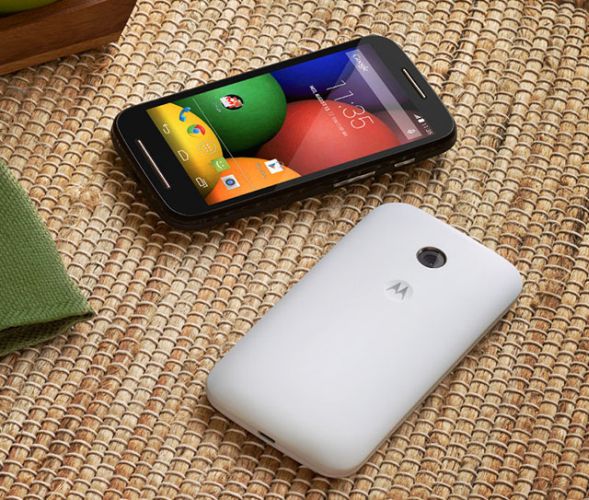 Motorola will offer a range of colorful back covers for the phone called Motorola Shells in 20 different colors and designs. So while the Moto E might not be quite as customizable as the design-it-yourself Moto X, you have a few options for making the phone your own.

Other features include 802.11n WiFi, Bluetooth 4.0, GPS, and support for GSM, CDMA, and UMTS networks (but not 4G LTE). There’s also an optional multi-SIM option which will likely only be available in select markets.

While the specs aren’t exactly going to help this phone topple top-tier devices like the HTC One or Samsung Galaxy S5, the price suggests it’s not really aimed at shoppers for high-end phones. Meanwhile, Motorola is including some features you don’t often find in budget phones including Corning Gorilla Glass for a scratch-resistant screen and a water-resistant splash guard.

Motorola plans to offer the Moto E in more than 40 countries and with more than 80 wireless carriers around the world in the coming weeks.