Motorola is introducing its first smartphones since the company became part of Google. The three new phones are all part of the Motorola Droid RAZR family, which means they’re thin devices with a focus on long battery life.

The company is also introducing the “new” Motorola, as part of Google. The company says all of its new phones will ship with the Google Chrome web browser, YouTube, Google Maps, and other Google software.

There will also be developer edition models of the phones, allowing users to unlock the devices and modify the software.

Motorola is also making a commitment to keeping its devices up to date. The company says every Motorola phone introduced in 2011 or 2012 will either be updated to Android 4.1 Jelly Bean soon… or if there are technical reasons why that’s not feasible, the company will offer customers a $100 credit toward the purchase of a new Droid RAZR smartphone. 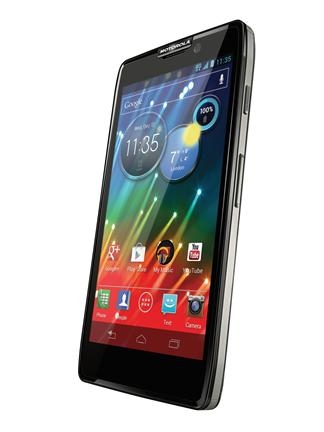 Motorola says the phone features 78% more pixels than its predecessor, and 85% better color saturation. That’s thanks to the 1280 x 720 pixel AMOLED display.

The phone features a 2500mAh battery which provides up to 16 hours of talk time.

The phone features an 8MP camera and 1GB of RAM.

Motorola says the Droid RAZR HD will be available before the holidays. It will ship with Android 4.0 with an Android 4.1 update to follow.

If a 2500mAh battery isn’t good enough, Motorola has a second model with a larger battery for up to 21 hours of talk time, 27 hours of music streaming over LTE, of 10 hours of 4G LTE video streaming.

That’s thanks to a 3300mAh battery, which should make the phone a little thicker than its sibling. 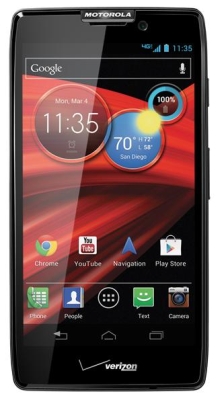 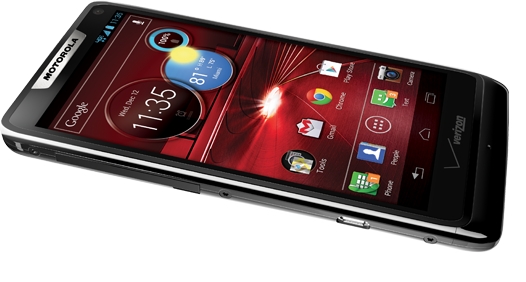 The Droid RAZR M has a 4.2 inch display, but nearly no border around the sides of the screen. Motorola claims it fits into a case about the size of a typical phone with a 3.5 inch display.

But the littlest RAZR shares many features with the big boys, including a 1.5 GHz dual core processor and Verizon 4G LTE support. It also has an 8MP camera.

Motorola did trim a few specs. This model has a smaller 2000mAh battery, 1GB of RAM, and just 8GB of storage. But there’s a microSD card slot for extra storage space.

Like the other phones, it will ship with Android 4.0 and Motorola will offer an Android 4.1 software update before the end of the year.

While the $99 starting price for the RAZR M is attractive, Motorola is charging a bit more for the developer edition model with an unlocked bootloader. It’s up for pre-order for $549.99.