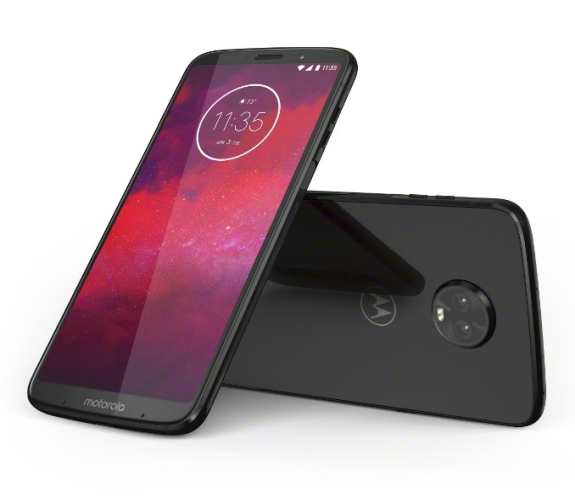 But there’s one Moto Z3 feature that sets it apart. The phone will be the first to support an optional 5G upgrade.

Just snap the upcoming 5G Moto Mod to the back of the phone and you’ll be able to connect to Verizon’s new 5G mobile network. The only catch? The 5G Moto Mod won’t be available until early 2019. That’s probably OK since Verizon doesn’t actually have a fully functional 5G network yet. 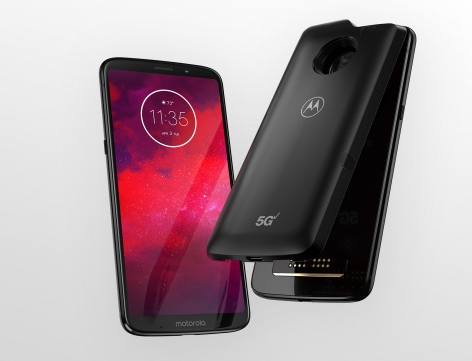 The Moto Z3 will ship with Android 8.1 Oreo software, features a fingerprint reader and face unlock support, and has a mciroSD card slot for up to 2TB of removable storage.

It has a 3,000 mAh battery and the phone comes with a 15 watt TurboPower adapter for fast charging.

Other features include a Super AMOLED display with Corning Gorilla Glass 3, a ceramic back and 6000 series polished aluminum frame, and a USB Type-C port.

The Moto Z3 supports 802.11ac WiFi, Bluetooth 5.0 and NFC, has 4 far-field microphones, and comes with a USB-C to 3.5mm audio adapter for headphones, since there’s no built-in headphone jack.

Like all members of the Moto Z family, it should support existing MotoMods including speaker, battery, and case mods. But since it’s the first model to have a Qualcomm Snapdragon X50 modem, it’ll be the only model that’s compatible with the upcoming 5G MotoMod.

It’s worth noting that Motorola says the Moto Z3 will be the first smartphone that’s upgradeable to 5G… which isn’t to say that it’ll be the first 5G phone. Without the 5G module, this phone will be limited to 4G and slower networks. And it’s possible that other phone makers will ship 5G-compatible handsets before the 5G upgrade is available for this phone.

It also looks like the 5G mod will just about double the thickness of the phone.