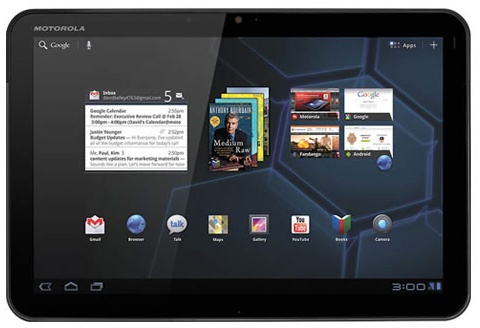 Analysts have been offering their best guesses for Motorola XOOM sales for weeks. But now Motorola has finally released a hard number. The company shipped about 250,000 XOOM tablets in the first quarter of 2011.

The Motorola XOOM is the first tablet to run Google Android 3.0 Honeycomb, and while it’s hardly unique a few months after launch, Motorola was the first company to offer what it hoped would be a compelling alternative to Apple’s dominant iPad using Google’s latest software.

Some folks are going to claim that Motorola shipping only 250,000 units makes the XOOM a huge failure, since Apple shipped nearly 4.7million iPads in the same period.

That said, I think a case could be made that shipping a quarter million units during the first few months could represent a huge win for Motorola. After all, it’s a brand new product and it also didn’t launch until late February and it’s only available in limited configurations and in a single country.

So what do you think? Is this good news or bad news for Motorola? What, if anything, do you think it says about Android tablets in general? Cast your vote, and sound off in the comments!

17 replies on “Motorola has shipped a quarter million XOOM tablets: Success or failure?”