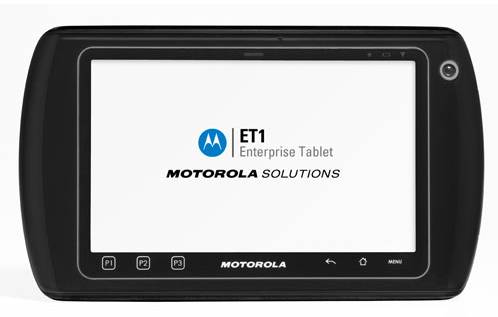 The Motorola XOOM may have been the first tablet to run Android 3.0 Honeycomb, but Motorola is taking a different approach with a new tablet called the ET1. It’s a 7 inch tablet for the enterprise market.

The Motorola ET1 has a 1 GHz dual core processor, 1GB of RAM, 8GB of storage, and runs Google Android 2.3 Gingerbread. It has a rugged design and weighs about 1.4 pounds. The tablet will be available in December, and will run under $1000 when purchased in sufficient quantities.

All of which is to say, this tablet clearly isn’t aimed at consumers. It doesn’t have Google’s tablet-friendly Honeycomb operating system. It’s heavier than most 7 inch tablets (and even heavier than some 10 inch models), and it costs about twice as much as most consumer tablets.

But according to Computer World, the ET1 is designed to last longer than a typical tablet, support multiple user profiles, and have removable batteries — as well as the ability to quickly switch 4620mAh batteries without rebooting the ET1.